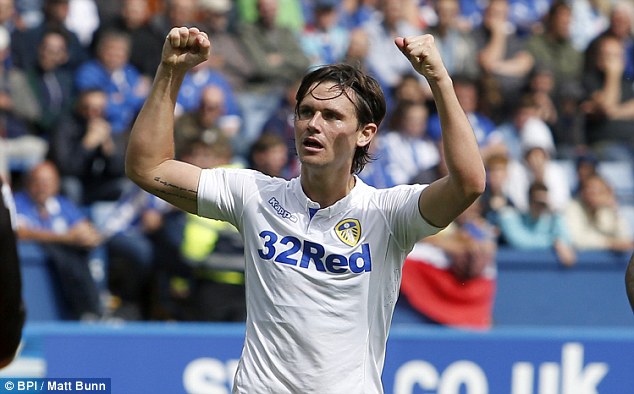 While Leeds United are struggling to land their top targets this summer, what they have really done well is clearing out the unwanted players from the club.

The latest player who is heading for Elland Road exit is Marcus Antonsson. According to reports from the Yorkshire Evening Post, Antonsson is set to return to Sweden and join Uwe Rosler’s Malmo on a permanent basis.

Swedish club Malmo have agreed a fee for the 27-year-old and the player will be unveiled in the next 48 hours.

He made a minor impact at Elland Road during his stint at the club and was loaned out to Blackburn Rovers last term.

Although he was part of the Blackburn Rovers side that won automatic promotion from League One, his performance wasn’t convincing enough for Leeds to give him another chance in the first team set up.

Italian club Brescia, owned by Massimo Cellino, were also vying for Antonsson’s signature, but as it stands he is heading to Sweden instead.

Some Leeds fans on social networking site Twitter reckon that the player wasn’t given proper chance, while there are others who feel it was the right move for him.

A bit of s shame with Marcus Antonsson. Another example of a player not working out for us & for the benefit of his career probably the right move but do think he has some talent. #lufc #MOT

We sell and loan players out who barely get a chance. Good luck marcus at your new club MOT @

Another signing of ‘ someone with potential ‘ – like so many of our signings in recent years who simply aren’t up to it. But another one out and no one in suggests we might be looking at playing 5 a side league football this season.

Think there is a good player there, never played to his strengths under Monk, shoehorned him into the formation