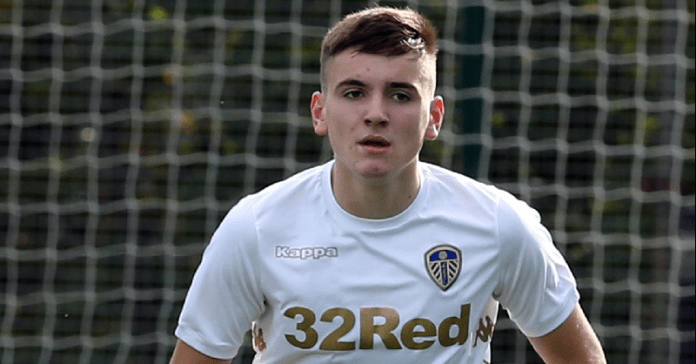 The 19-year-old came through the Academy system at Thorp Arch but he wasn’t a part of Marcelo Bielsa’s squad last season.

In fact, he spent the last two seasons on loan at Harrogate Town.

The youngster has now left the club permanently after signing a three-year deal with Forest Green Rovers.

The League Two club have been very active this summer, and Kitching has become their eighth summer signing.

The youngster is a versatile player who can play as a centre-back or as a left-back.

Some Leeds United fans have taken to social networking site Twitter to express their reaction after hearing that another defender has been released by the club.

However, the youngster is not in Bielsa’s first team plans, and the club has taken the right decision by letting him go.

He will get regular games at Forest Green, something Leeds cannot provide him at the moment.

Here are some of the selected tweets from Leeds fans on Twitter:

Because the 3-3-1-3 starts from midfield this season.

Kiko will be patrolling at the back.

Tbf none of them were fancied 2nd half of last season Halme in cup vs QPR seemed to be day Bielsa decided that was that. Struijk should be nearer first team but we do need at least 1 more first team ready cb to come in

Another defender gone you might aswell keep it going and sell our best defender… oh wait a minute ? that’s awkward

Same rest who have gone deemed not good enough