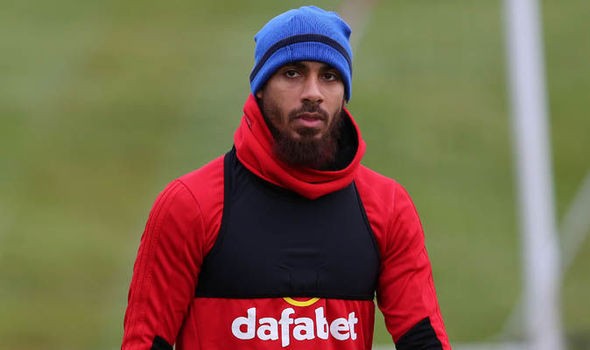 According to reports from Sky Sports, AFC Bournemouth have accepted a bid in the region of £6m from Nottingham Forest for Grabban.

Forest have been active in the summer transfer window in comparison to Leeds, and the Whites fans have from time to time vented their frustration on social media about the lack of transfer activity.

Already Forest have signed as many as eight new players, whereas Leeds have managed to bring in just one new face. And they could further frustrate Leeds fans, if they end up signing Grabban.

According to Nottingham Post, Leeds were linked with the Bournemouth striker earlier this summer.

The 30-year-old has featured 115 times for the Cherries but has fallen out of favour at Vitality stadium.

Grabban was one of the Championship’s top scorers last season, and would be a brilliant signing for Leeds.

And Leeds fans want Marcelo Bielsa to make a late move and challenge for Grabban.

Bet they don’t have a new shop though do they ??.

That’s WHAT is actually known as ‘going for it’

What are we doing not snapping that up

And worth every penny of that.. @LUFC should have been all over that deal imo @andrearadri #lufc

Victa Orta probably didn’t want this to happen, so it didn’t happen….. #lufc