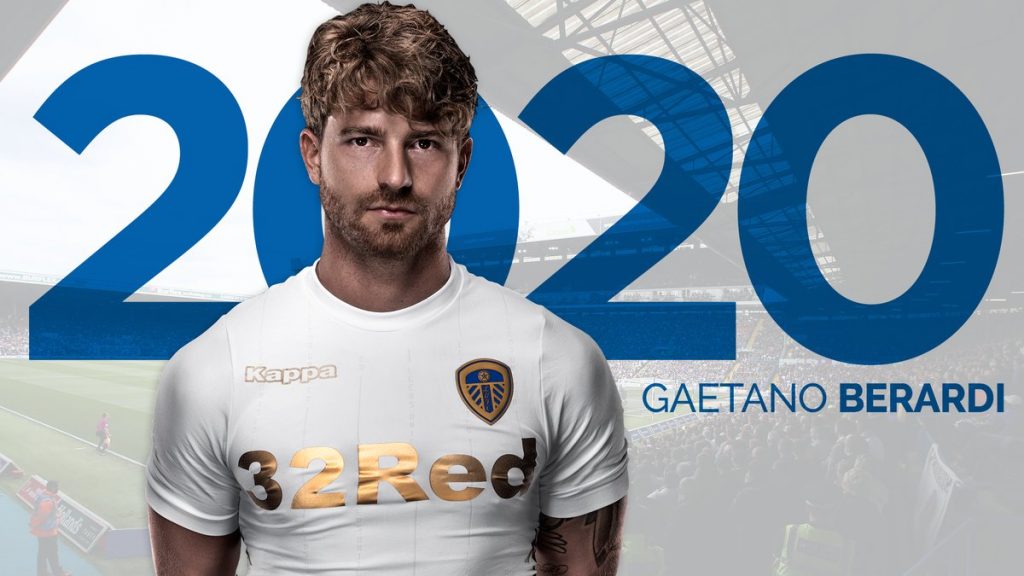 Leeds United have agreed on a new deal with their key defender Gaetano Berardi. The Championship outfit have confirmed the agreement on their official website.

The experienced defender has signed a three year deal with the Whites and the news will come as a major boost for the Leeds fans. Berardi has been a key player for Leeds over the last few seasons and he will stay at the club until the end of the 2019/20 season now.

The 28-year-old can operate as a right back as well as a left back and Christiansen will be expecting another fantastic season from the former Sampdoria defender.

Berardi joined Leeds from the Serie A outfit in 2014 and has made 83 appearances for the Whites so far.

The Swiss defender is a cult hero at Elland Road and his decision to commit his future to the club is not too surprising.

Leeds will be hoping to secure promotion to the Premier League this season and keeping the likes of Berardi will be crucial for them. The 28-year-old put on another impressive display during Leeds’ 3-2 win over Bolton last weekend.

Berardi is not the only player to commit his future to the club. The likes of Kalvin Phillips and Tyler Denton have signed new deals with Leeds as well.