Leeds set to march on as defender pens new deal 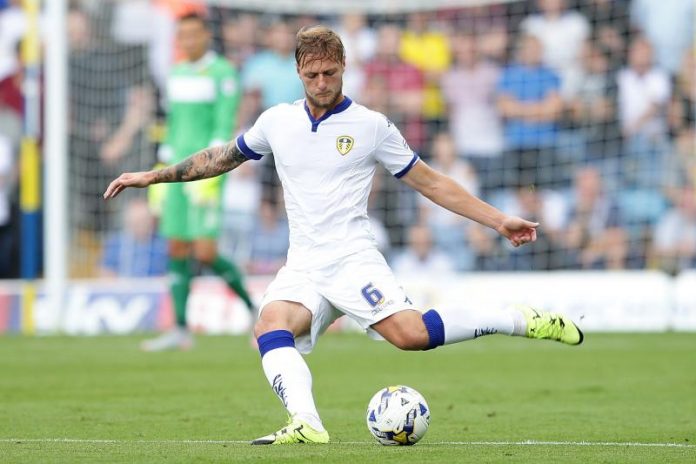 The announcement that Liam Cooper has signed a new contract with Leeds United is another big boost for the club’s long-suffering fans.

Cooper becomes the fourth player to extend his stay with the Whites over the past fortnight, joining Tyler Denton, Kalvin Phillips and Gaetano Berardi.

The former Hull City and Chesterfield defender joined Leeds in 2014 and has gone on to make 91 appearances, scoring two goals.

He sat out Wednesday’s 4-1 Carabao Cup victory over Port Vale, but is expected to be back in the side when Leeds host Preston North End in the Championship on Saturday.

Cooper’s new deal brings further stability to a club that has endured some troubled times over the past few years. Previous owner Massimo Cellino promised to restore Leeds to their former glories, but the Elland Road outfit continued to flounder under his stewardship.

Supporters’ hopes of a brighter future were raised when Italian businessman Andrea Radrizzani purchased a 50 percent stake in January 2017, before completing a full buyout in May.

Garry Monk’s resignation as head coach shortly after was an early setback, but Radrizzani moved quickly to secure the services of former Spain international Thomas Christiansen from APOEL as his replacement.

Radrizzani has backed Christiansen in the transfer market as United bid to mount a sustained challenge for promotion to the Premier League.

Forward Samu Sáiz is amongst the new additions to Leeds’ squad and he made an immediate impact on his debut against Port Vale on Wednesday with a hat-trick.

With Radrizzani also completing the purchase of Elland Road during June, making the stadium the sole property of the club for the first time since 2004, the club looks to be in good shape for the upcoming season.

It’s now 13 years since Leeds were in the top flight but with the likes of Cooper extending his deal and new blood like Sáiz on board, odds of 14/1 to win the Championship could soon disappear over the coming weeks.