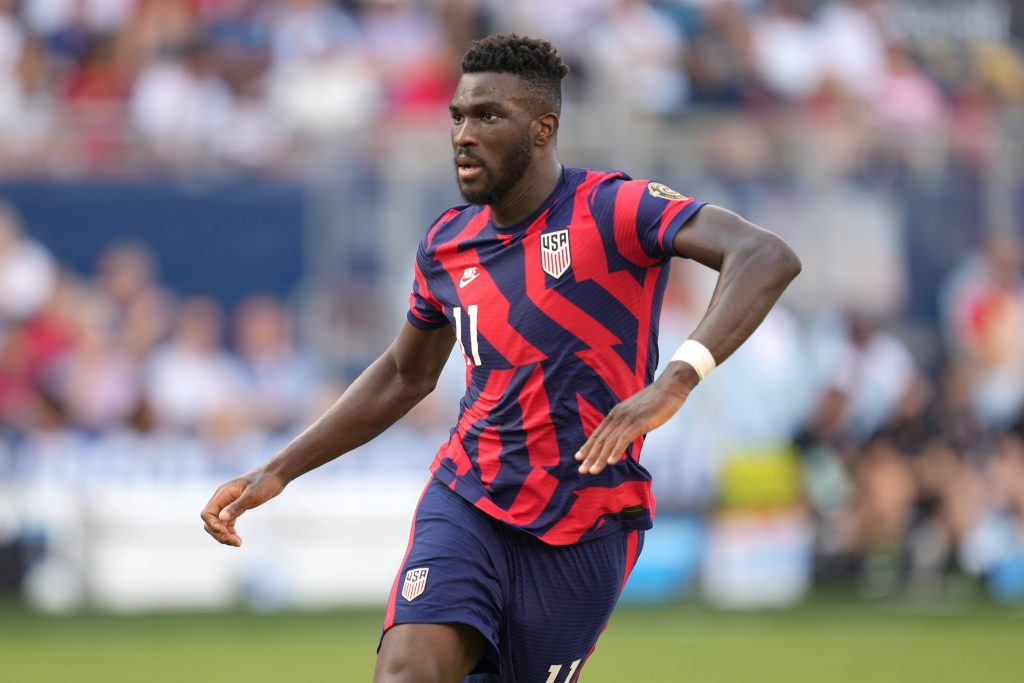 Leeds United are interested in signing Orlando City powerhouse Daryl Dike this summer, according to TEAMtalk.

Whites boss Marcelo Bielsa desperately needs to add some more firepower to his ranks at Elland Road before the transfer window closes.

Providing more quality competition and cover for Patrick Bamford will be crucial to Leeds’ hopes of success this season.

And it seems as though Bielsa has his sights set on the perfect man for the job.

TEAMtalk reckon that Bielsa is eyeing a move to bring the United States international to Elland Road this summer.

Dike would be a fine addition for the Whites.

The 21-year-old could be available for around £18 million (TEAMtalk). That’s very good value, but Leeds reportedly want to take him on loan first.

The striker spent time with Barnsley on loan last season, bagging nine goals in 21 games for the Championship outfit.

Dike is incredibly powerful and absolutely rapid along the ground. He was recently compared to Lukaku by fans and Barnsley ace Jordan Williams (The Yorkshire Post).

The Orlando star would undoubtedly be a real hit at Leeds and would offer Bielsa an entirely different option through the middle.

£18m seems like an absolute steal. Leeds should get this one wrapped up as soon as possible.

Read also: Leeds now have a great chance to sign £25m ace as CEO speaks out.