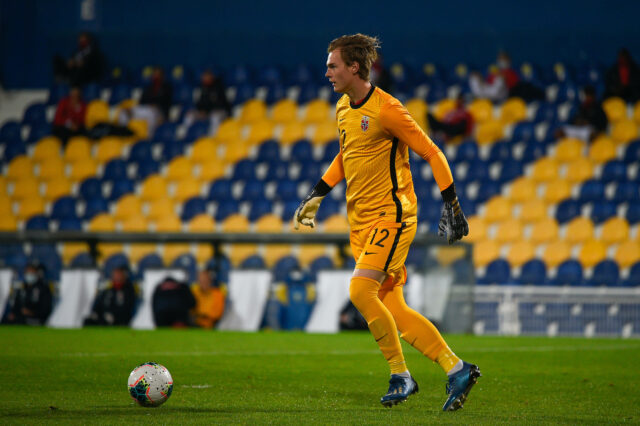 Leeds United have received a massive boost to sign goalkeeper Kristoffer Klaesson after the latest comments from Valerenga’s sporting director.

The Whites have been reportedly chasing the goalkeeper for two years now, with Valerenga chiefs being left impressed with Victor Orta.

According to Leeds Live, the 20-year-old has emerged as one of the prime candidates to replace Kiko Casilla at the Yorkshire club.

Illan Meslier has established himself as the club’s first-choice goalkeeper. However, Leeds need a solid back-up for the Frenchman.

Leeds are heavily impressed with the potential shown by Klaesson, and they believe he can keep the Frenchman on his toes.

Valerenga’s head coach Dag-Eilev Fagermo has previously discussed the link between Klaesson and Leeds, and fresh comments have now emerged from the club’s sporting director.

Speaking to Dagsavisen (h/t Leeds Live), a daily newspaper in Norway, Jørgen Ingebrigtsen has suggested that Orta has been handling the situation quite well.

“There, Victor is one of the brightest in the subject. Leeds arrived on the field in the summer of 2019 and have been very good. We have had a good dialogue with them.

“They obviously saw something of Kristoffer early that they liked, and have been good at updating themselves on developments.”

While Leeds have shown tremendous faith in Meslier, there is a feeling that they want to sign a keeper with proven Premier League experience.

Klaesson is undoubtedly talented but does not meet the criteria.

Leeds have agreed a deal to sign Jack Harrison from Manchester City permanently, while left-back Junior Firpo has also joined them from Barcelona.

Also read: Leeds have been priced out of a deal to sign Matheus Pereira.