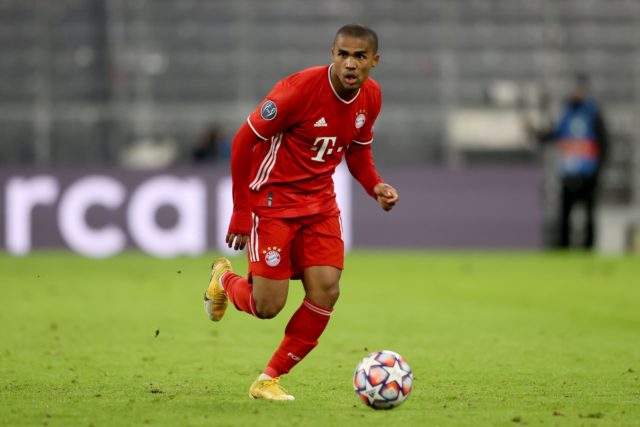 German giants Bayern Munich have no interest in keeping Douglas Costa beyond this season, according to reports from Kicker.

Costa joined the Bundesliga champions on loan from Juventus this summer. However, Bayern have no intention to make his loan deal a permanent one.

His decision to join Bayern came as a big surprise. Bayern already boast two of the finest young wingers in Kingsley Coman and Serge Gnabry. On top of that, they also signed Leroy Sane from Manchester City on a big-money deal.

Costa, who has made just three starts in Bundesliga, is unwanted at Turin and the Old Lady are looking to offload him in the summer.

Costa will enter the final year of his contract at the Serie A club in the summer and has been linked with a move to Leeds.

The news will come as a huge boost for the Whites who could snap him up at a bargain deal.

The 31 times capped Brazilian is a top-quality winger and is vastly experienced. Helder Costa has struggled in the Premier League and the Portuguese winger could be sold in the summer.

Leeds have Raphinha, Jack Harrison and Ivan Poveda in their ranks, but Costa would be a fantastic addition to the side.

In fact, reports emerged last week that Leeds had identified Costa as a potential replacement for Raphinha who has been targeted by Liverpool.

Costa is a top-class player on his day but, at 30, can he replicate the form he showed under Pep Guardiola that earned him a move to Juventus in the first place?