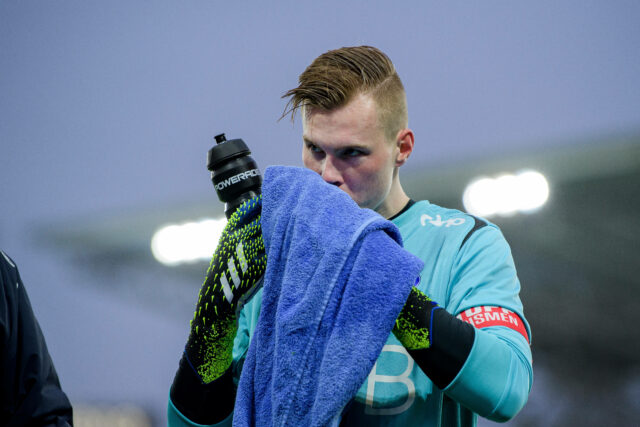 Leeds United have finally reached an agreement to sign Kristoffer Klaesson from Valerenga, according to Fabrizio Romano.

The Italian journalist claims it’s a ‘done deal’, and the medical has been scheduled this week. He will sign a contract until 2026.

Medicals scheduled this week – work permit expected to be approved soon, as per @stianwahl. 🇳🇴

The Athletic claimed last week that the 20-year-old goalkeeper would fly to England for his medical, and their reports appears to have been accurate.

It was claimed previously that the move was dependant on Leeds securing a work permit for Klaesson. Romano has confirmed this will be approved soon.

Meslier established himself as the club’s first-choice goalkeeper last season, and the Frenchman will be expected to hold on to his position.

However, the Norwegian is a highly-rated keeper, and he is expected to challenge Meslier in the long run.

The youngster will become the fourth summer signing for Leeds after Junior Firpo, Jack Harrison and Lewis Bate.

Leeds manager Marcelo Bielsa kept immense faith in Meslier, despite his age and lack of experience last season, and the Frenchman didn’t disappoint.

The club could have signed an experienced goalkeeper to complement Meslier, but it seems Bielsa has other plans.

Meanwhile, Leeds have suffered a blow in the race to sign Conor Gallagher. The young midfielder is set to join Crystal Palace this summer.

Read: Leeds and Tottenham will have to pay more than €30m for Mikkel Damsgaard.