Leeds man’s unavailability could have a lasting silver lining 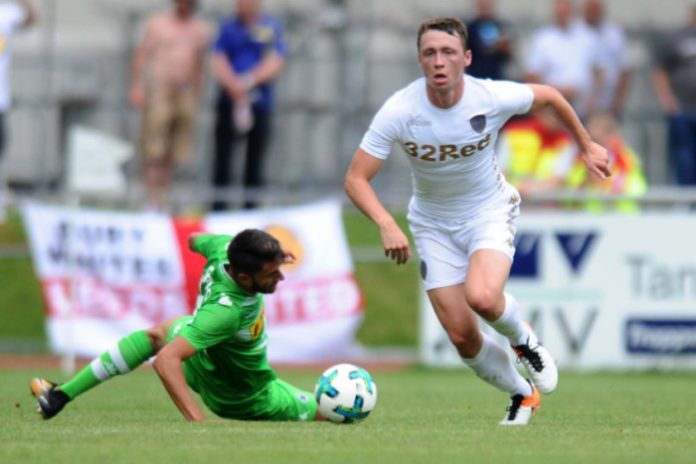 Leeds United will look to head into the international break by recording three points this weekend, with a trip to Hillsborough to face Sheffield Wednesday next up for Thomas Christiansen’s men.

The Yorkshire outfit have started the new campaign well but defeats against Millwall and Cardiff City recently has brought the club back down to earth after an unbeaten beginning to the season.

With the trip to Sheffield now in the sights, Leeds will be without Liam Cooper for the clash with the Owls.

The central defender, who has recently been called up to the Scotland national squad and has been captaining the team, was sent off for two bookable offences in the defeat to Cardiff in midweek.

Leeds have had their issues at the back this season as various players have been injured or unavailable, but Cooper’s absence could well have a silver lining.

A section of the Whites support remain unconvinced by him and the defender’s suspension could well give Matthew Pennington a chance to show what he is capable of at Hillsborough.

The Everton loanee is held in very high esteem at his Premier League parent club, with Ronald Koeman giving the centre-half a chance in the top flight last season.

Pennington’s potential partnership with Pontus Jansson has the potential to be a winning combination and be the bedrock of a Leeds team desperate for promotion from the Championship in 2017-18.

The Everton man started the first game of the season, a 3-2 win at Bolton Wanderers, but got injured and is only now ready to be reintroduced to the first-team fray.

Pennington came off the bench against Cardiff and was one of the few positives in the defeat and the 22-year-old will now be looking to consolidate his place in the Leeds starting XI.

While Cooper will sit out this weekend’s clash with Wednesday, his replacement seems ready to challenge for a regular place in the team.