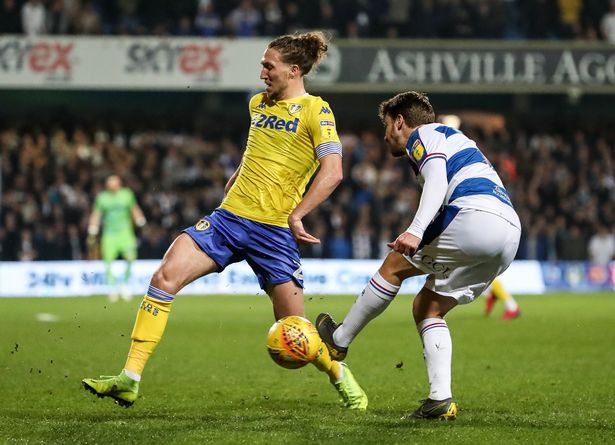 QPR picked up a stunning 1-0 win over Leeds United in the Championship last night.

The Londoners were in abysmal form heading into the game and Marcelo Bielsa will be very disappointed with his side’s performance.

Leeds were firm favourites to win but they underperformed massively.

The Whites are firmly in the title race right now and defeats like these could end up costing them dearly at the end of the season.

Several Leeds United players underperformed last night but Luke Ayling had a very poor outing for the away side.

The Leeds United defender ran out of ideas and he seemed tired throughout the game.

Ayling was wasteful in possession and he lost several duels. The defender’s positioning was suspect as well and he was caught out of position a few times.

Leeds United fans have taken to Twitter to share their thoughts on the 27-year-old’s display last night and here are some of the reactions.

Ayling one of the better players? Guy needs taking out of the firing line, been consistently poor for a number of weeks

Ayling needs to stop playing. Honestly, string of bad performances every single game and still is on that pitch every single week. just stop!

Give the ball away far too much, Harrison, Roberts and Ayling the worse culprits #lufc

Ayling has been poor for a while now #LUFC #MOT

Ayling looks shaky tonight, Roberts like a headless chicken and I’m not convinced Bamford is on the pitch #lufc

Roberts and Ayling shite again, all Bamford wants to do is score which as a striker is understandable but doesn’t seem to fit right. Didn’t want it at all, onto Friday. #lufc

#lufc total utter shite. I can’t name one player who played well and don’t get me started on Ayling.