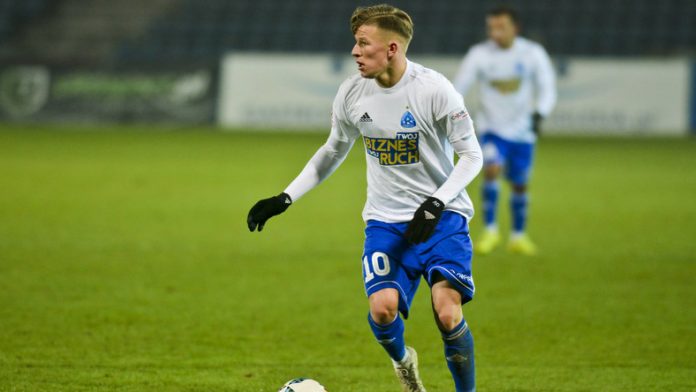 The highly rated attacking midfielder is expected to join the Championship outfit this month.

According to a Polish report (translated by SportWitness), Leeds have agreed on a fee with his club Ruchu Chorzów.

The likes of Brighton, Reims and Napoli were monitoring the midfielder as well but Leeds have moved swiftly to secure the player’s services.

The 17-year-old will join up with the club’s youth team now. Bogusz will be hoping to work his way up the ladder and break into the first team in the next couple of years.

The Polish midfielder is a prodigious young talent and if he manages to fulfill his potential with Leeds, the Whites could have a real star on their hands.

Leeds fans seem quite excited about the player’s arrival as well. They have taken to Twitter to share their thoughts on the potential transfer.

Bogusz is some talent, we’re short of attacking midfielders at youth level, but don’t be surprised if he’s in and around the first team before too long. Quality capture. #LUFC https://t.co/MzTepPkwaH

Mateusz Bogusz signing will be a big coup for Leeds if we pull this off. Huge talent. Maybe won’t play first team initially but down the line could be a real baller. #LUFC https://t.co/tuH3Qpph96

Probably could go straight into the first team though Popey, what do you think ??

S will be in the 1st team in no time, terrific.

Not a u23 player we want. We need a ready made 1st team player.