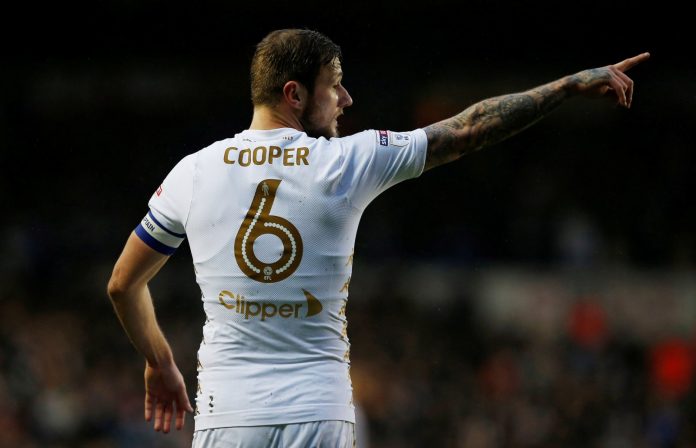 Leeds United crashed to a 1-0 defeat at home to Sheffield United in the Championship earlier today.

Chris Basham’s 71st minute goal have the visitors a vital win away from home.

Marcelo Bielsa will be very disappointed with his side’s performance in a must win game.

The Whites are now third in the table, five points behind leaders Norwich City. They needed to win the game to close in on the Canaries.

Instead, they are now trailing Sheffield United in the table by a point.

It will be interesting to see if they can bounce back from this defeat and finish the season strongly.

Leeds were in a great position to win the title this season but they seem to be losing ground in the race.

Liam Cooper put in a disappointing showing for the home side out there today. As the captain, the fans would have expected him to step up and deliver in such a crucial game.

Leeds fans have taken to Twitter to react to the 27-yr-old’s performance today. Here are some of the reactions.

Cynic in me wonders if Cooper himself thinks he isn’t good enough for PL ? If we get promoted he won’t be playing for LUFC, stay down and he probably will be.

We go up, Cooper leaves, a calamity waiting to happen every game#lufc

Liam Cooper has absolutely bottled this game. Joke! Casilla missing for 3 games now. Playoffs it is.

Liam Cooper has had a nightmare today #MOT