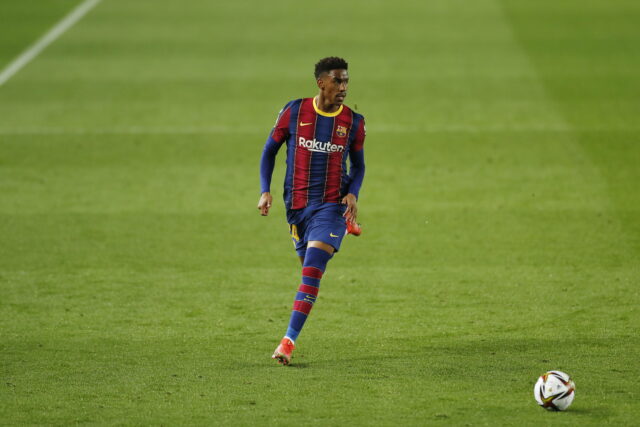 Leeds United are close to signing Junior Firpo from Barcelona in the summer transfer window, and many Whites fans have taken to Twitter to express their reaction.

According to Calciomercato, the 24-year-old defender will undergo his medical at Leeds next week.

Another Italian outlet, TMW, are reporting that the player will sign a five-year contract with the Premier League side.

Here are some of the reactions from Leeds fans on Twitter:

Cracking business at that price.

He is really good, he got hold of mbappe several times in that second leg tie.

if this is true its outstanding

Serie A giants AC Milan have been linked with a move for the Barcelona left-back, but it seems he has chosen Leeds to continue his progress.

Signing a left-back is a priority for Leeds, with Gjanni Alioski’s future remaining uncertain.

The club have offered the Macedonian a new deal, but he is yet to commit his future. He is set to become a free agent in the summer, and it looks like his time at Elland Road is coming to an end.

Firpo may have struggled at Barcelona since joining from Real Betis, but he is a player of immense potential.

Jodi Alba is the club’s first-choice left-back, and Firpo has found it difficult to dislodge the Spaniard from the starting line-up.

The Catalan giants are in a tricky financial situation due to the pandemic and are looking to offload several fringe players to raise money for new signings.

Firpo was outstanding for Betis to earn a move to Barcelona, and he will be looking to hit the ground running if the move to Leeds works out.