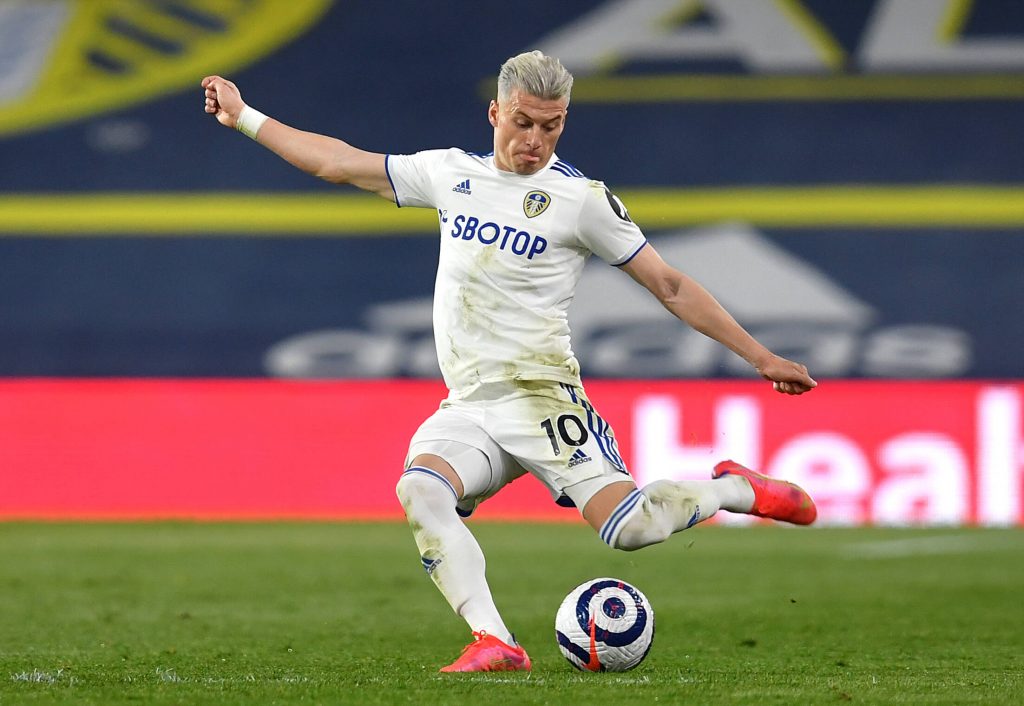 Galatasaray are on the verge of signing Ezgjan Alioski from Premier League club Leeds United on a free transfer.

Deal at final stages for Alioski to Gala after talks collapsed with Patrick van Aanholt – no agreement on personal terms with the Dutch LB.

As reported by Fabrizio Romano, the deal is at its final stages after talks with Patrick Van Aanholt collapsed due to a disagreement in personal terms.

The Macedonian full-back was released by Leeds at the end of June despite making 37 appearances in the Premier League last season.

He was hugely popular with the fans, but his legacy is on the verge of being tarnished.

Many Leeds supporters still hold ill-feeling towards Galatasaray after two travelling Leeds fans were stabbed to death by Turkish thugs before the 2000 UEFA Cup semi-final in Istanbul.

The loss of Kevin Speight and Christopher Loftus 21 years ago is still felt incredibly profoundly, and the animosity between the clubs remains.

Galatasaray fans were banned from attending the second-leg at Elland Road in a semi-final won by the Turkish side, who went on to win the competition.

Dozens of Leeds fans have commented on social media after hearing that one of their key players is joining Galatasaray.

And there it is , so so gutted that he’s chosen them , he didn’t say goodbye as he knew what he was doing was wrong . Merghhhh 🥴 https://t.co/WbGcmRYkGi

This is unbelievably disappointing news and I am not sure I will ever be able to appreciate Alioski in the same way again.

Of all the clubs he could’ve gone to…just sucks. #LUFC https://t.co/6YZU61BHfh

The Turkish club are trying to move negotiations quickly, with their qualifying round for the Champions League due to begin on July 20.