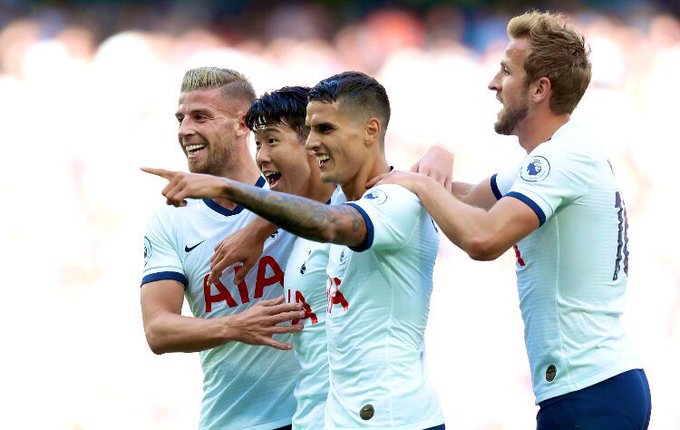 Tottenham Hotspur returned to winning ways after they produced a scintillating performance against London rivals Crystal Palace to earn a 4-0 victory on Saturday in the Premier League.

It was Tottenham’s first victory since the opening weekend of the season, and it lifts them back into the top four of the Premier League.

After the match, Mauricio Pochettino said it was the first step towards rediscovering the consistency of last season.

Former Spurs defender and club legend, Ledley King took to social networking site Twitter to express his reaction after the game. He tweeted:

All four Spurs goals came before the interval, with Son Heung-min scoring a brace inside the opening 25 minutes.

Crystal Palace left-back Patrick van Aanholt inadvertently directed a cross from Serge Aurier into his own net. Erik Lamela scored in the 42nd minute from another flowing move involving Son and Harry Kane.

With that win, Spurs have recorded their biggest league victory over Palace. Also, it was the first time they scored three goals in the opening half-hour of a Premier League home game since February 2012.

Spurs enjoyed 64% of possession, registered 13 shots of which they managed to keep five on target during the game.