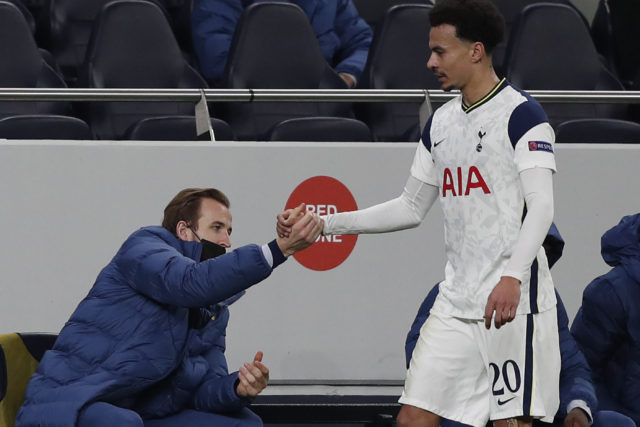 Alli produced a superb all-round display, plus a great exhibition of individual brilliance, as Spurs won 4-0 at home and 8-1 on the aggregate on Wednesday night.

Walker-Peters, the former Tottenham defender, has posted a simple message to Alli after the game. He wrote ‘normal’ suggesting this is what Alli is normally capable of.

Tottenham winger, Ryan Sessegnon, who is currently on loan at Hoffenheim, also reacted to Alli’s performance on Twitter. He wrote:

Carlo Vinicius scored twice while Gareth Bale added another as Spurs moved to the next round of the competition.

However, the focus shifts back to Alli who was simply outstanding on the night.

He opened the scoring for Spurs with an acrobatic finish – picking up a cross from Matt Doherty, he controlled, turned and then produced an outrageous bicycle-kick to perfection.

Alli turned into a provider for the second goal after he found Vinicius near the far post with a superb cross.

The England international then produced a measured pass to on-rushing Bale who curled into the far post in his trademark style.

Jose Mourinho praised Alli in the post-match press conference. If Alli and Bale can get firing from now until the end of the season, Spurs can still hope for a top-four finish.