Paulina Procyk, a lawyer, reportedly wanted to be closer to their Poland home, with a transfer to Herta Berlin providing them with that option.

However, she has come out to deny the reports, claiming she had no hand in Piatek’s decision to snub Tottenham for the Bundesliga side. 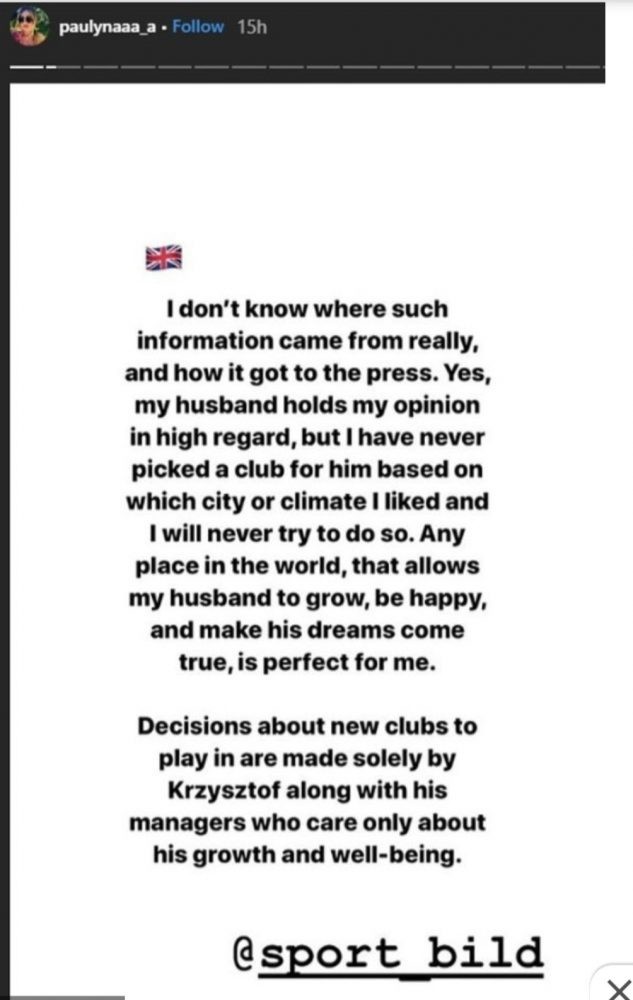 “I don’t know where such information came from really and how it got to the press.

“Yes, my husband holds my opinion in high regard, but I have never picked a club for him based on which city or climate I liked and I will never try to do so.

“Any place in the world, that allows my husband to grow, be happy, and make his dreams come true, is perfect for me.

“Decisions about new clubs to play in are made solely by Krzysztof along with his managers who care only about his growth and well-being.”

Tottenham were keen to sign a striker in January with Harry Kane out of action till April due to injury.

With Piatek struggling for form and game time at AC Milan following the return of Zlatan Ibrahimovic, Spurs were keen to bring him to North London.

However, the Poland international chose to move to Berlin after they parted with £23 million, with some reports claiming Spurs were only interested in a loan move.

Milan only wanted to sell, and Tottenham eventually decided to bring in Netherlands international forward Steven Bergwijn from PSV for £25 million instead.