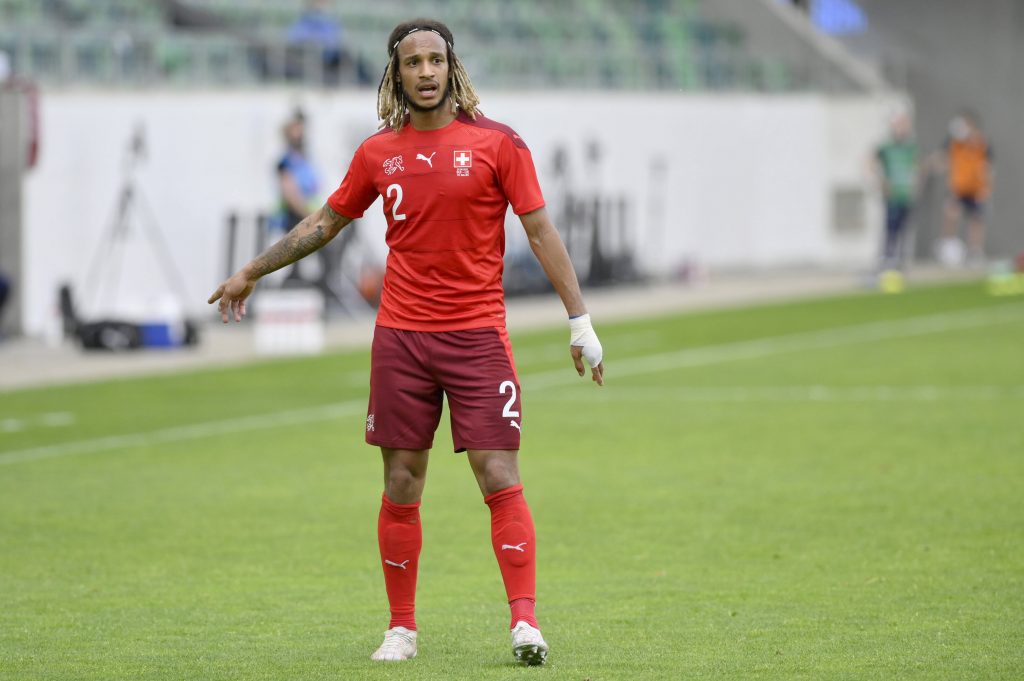 Wolfsburg defender Kevin Mbabu put in a top performance for Switzerland during Saturday’s 1-1 draw against Wales at the European Championships.

His display will have left Newcastle United fans left wondering ‘what could have been’ after an underwhelming spell with the club.

The 26-year-old spent three and a half years at Newcastle before leaving for Young Boys permanently in 2017.

Mbabu featured in just five first-team appearances while with the Magpies, failing to establish himself in the squad due to injuries and lack of playing opportunities.

He has since established himself as one of Bundesliga’s best right-backs, helping Wolfsburg to a fourth-place finish last term.

The former Newcastle man will be playing Champions League football next season as a result and has revealed that leaving St James’ Park inspired him to become a better player.

“When I left Newcastle, I had it in my head that, ‘I’m going to prove them all wrong, to show them it was a mistake to let me go’,” Mbabu told The Athletic.

“That’s what I’ve been trying to do this whole time.”

The Swiss face Italy and Turkey in their remaining group games at Euro 2020, and the right-back will be looking to impress again.

Newcastle fans will be watching with keen interest to see how he fares, and the club could end up ruing letting such a brilliant player go.

Brentford’s Ivan Toney and Blackburn Rovers’ Adam Armstrong are also two players the Magpies let go in the past, and they probably regret both decisions now.

The striking duo bagged 61 league goals between them in the Championship last term, and Newcastle could do with their goalscoring prowess right now.