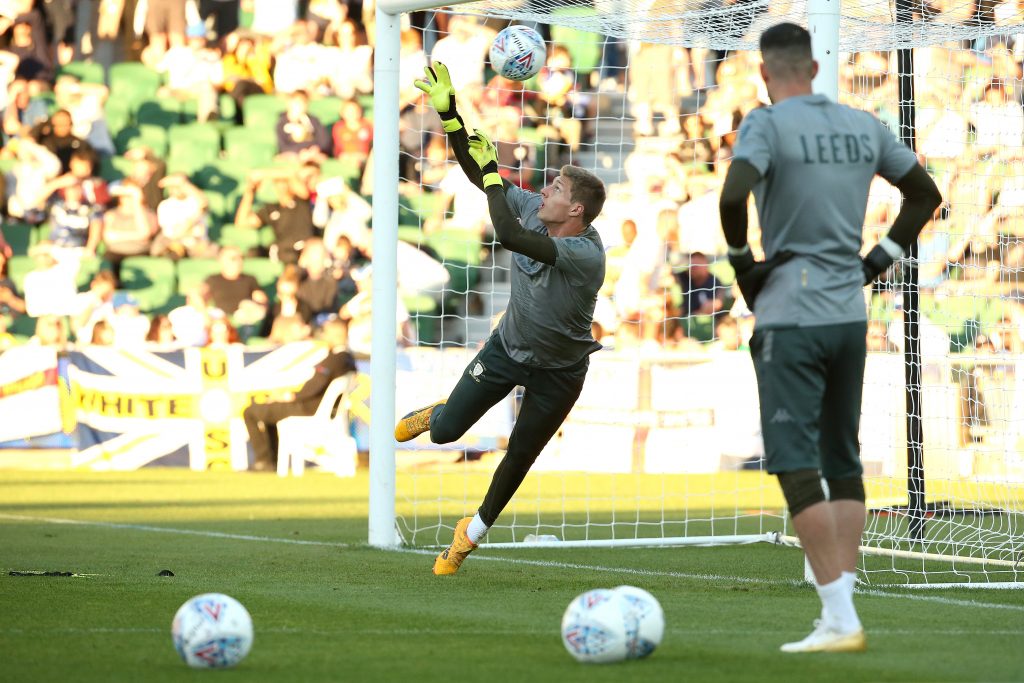 Kamil Miazek is all set to leave Leeds United in the summer transfer window.

According to reports from Football Insider, the 23-year-old goalkeeper has dropped down the pecking order at the club under Marcelo Bielsa, and he will be allowed to leave the Yorkshire club.

Miazek has entered the final few months of his contract, and Leeds have no intention to renew it.

Glasgow Rangers were heavily interested in signing him during the January transfer window, but he remained at Elland Road to see out his deal till the end of the season.

The Gers held a discussion about signing him, but they couldn’t agree to his terms.

Leeds United are now preparing to lose the player who is now the fourth-choice keeper at the club behind Kiko Casilla, Illan Meslier, and Elia Caprile.

Casilla is currently serving his eight-game ban after he was found guilty of racially abusing Jonathan Leko.

Meslier made his debut against Hull City on Saturday and kept a clean sheet as Leeds won 4-0.

Recently, Phil Hay of the Athletic has suggested that Leeds may offload Casilla, who is on a high wage package at Elland Road, in the summer.

It all depends on how Meslier performs in the next few games. If he does well, Bielsa may not drop him to bring Casilla into the starting line-up straightaway as it would be extremely unfair on the youngster.

Nevertheless, it seems even if Casilla is sold in the summer, it won’t change Miazek’s situation.