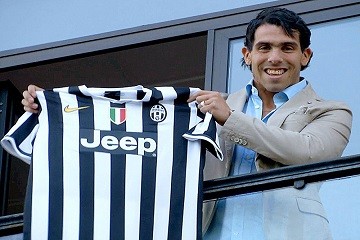 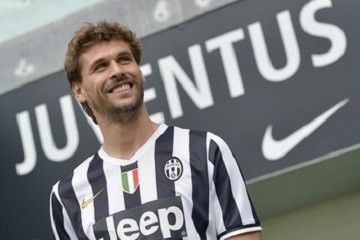 With the transfer window having only officially opened a week ago, Juventus have already went a long way to securing their position at the top of Serie A for the foreseeable future. Indeed, the Old Lady may now even be in a position to view winning the Champions League as a realistic ambition.

Under the guidance of Antonio Conte, Juventus have been transformed from a group of dysfunctional individuals who lumbered to consecutive seventh placed finishes into an efficient team of winners, who have achieved back-to-back Serie A titles.

In many ways, the Bianconeri’s achievements are made all the more impressive when you consider the lack of a genuine goal threat, capable of single-handedly winning tight contests. Instead, Conte was forced into moulding a team that has prioritised being extremely difficult to break down, safe in the knowledge that one goal is usually enough to secure victory.

A quick glance at Serie A’s statistics provides sufficient evidence of this, with Juventus trailing AC Milan (and level with Napoli) for goals scored since Conte’s arrival, despite possessing by far the best defensive record.

This approach may well be enough on its own to secure further success in a currently weak Serie A, but Conte himself understands the need for reinforcements to continue developing an already talented squad.

As the most prestigious tournament in club football, the Champions League is rightly viewed upon as the main target for a club already at the top of their domestic league in Europe. Consequently, both Conte and the club’s director general Beppe Marotta have looked to address the squad’s lack of top-level firepower, signing both Carlos Tevez and Fernando Llorente.

At first viewing, both Tevez and Llorente present an obvious upgrade on players such as Sebastian Giovinco, Alessandro Matri, Fabio Quagliarella and Mirko Vučinić who – despite possessing differing levels of ability – have all been inconsistent in front of goal since moving to Turin. However, the potential impact of both signings may be far more wide-reaching than simply a like-for-like upgrade.

For a start, Llorente and Tevez offer their coach far greater flexibility and variety in attack. Previously, Conte only had Matri to call upon as a genuine number nine, with each of the other three strikers preferring to play in a slightly deeper position. Now, he has the muscular figure of Fernando Llorente at his disposal, with Tevez equally able to complement the Spaniard or spearhead the Juventus attack.

Perhaps even more important though, is that Conte now has the players at his disposal to seamlessly alter his teams tactics in order to counteract different formations.

For example, whilst both players seem perfect for the currently preferred 3-5-2, they are also more than capable at operating in a 4-3-3 or 4-2-3-1. This flexibility in attack then, should not only lead to Juventus scoring a far greater number of goals, but could also see the Old Lady becoming even stronger at the back, capable of altering their shape to nullify the opposition.

Finally, whilst both have experienced off the field problems with their former employers, their attitude whilst playing could never be called into question. With the all-action approach of Tevez and the methods of Marcelo Bielsa instilled into Llorente, Bianconeri fans can expect the two to lead Juventus’ high pressing game from the front, shutting down potential attacks before they are even started.

With an upgraded forward line then, the Bianconeri now look a far more balanced and ultimately complete side – capable of attacking and defending in equal measure. The flexibility and work-rate that both signings bring must be a frightening prospect for opposition clubs across Europe, who must surely now view Juventus as one of the very best squads in the world – right where they belong.