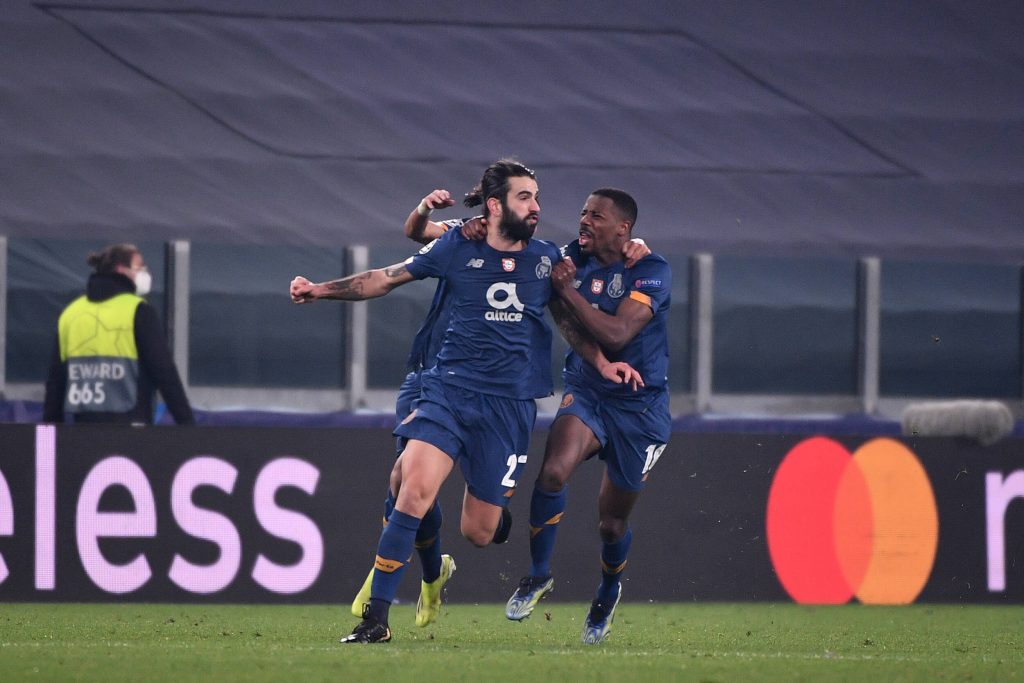 Porto progressed to the Champions League quarter-finals after a breathless second leg against Juventus on Tuesday.

Both sides had glorious chances to open the scoring in the first ten minutes. Alvaro Morata was first, seeing his header well saved by Agustin Marchesin after Juan Cuadrado’s inch-perfect cross.

Shortly afterwards, Mehdi Taremi had his close-range effort blocked by Leonardo Bonucci and proceeded to head the rebound against the crossbar.

But it wasn’t long before the deadlock was broken, and it was the away side who found the net. Taremi won his side a penalty following Merih Demiral’s challenge. Sergio Oliveira stepped up and placed his spot-kick into the bottom corner.

There was little in the way of goalmouth action before the break, with Porto looking solid at the back. Marchesin denied Morata again in the 27th-minute and was quick off his line to prevent Bonucci from shooting from six yards.

The second half started in nightmare fashion for the visitors. Just four minutes after the break, Andrea Pirlo’s side pulled a goal back. Cristiano Ronaldo laid off to Federico Chiesa, who brilliantly finished into the top corner.

Things got worse five minutes later when Taremi was shown a second yellow card for kicking the ball away.

Chiesa was inches away from getting his second of the game. After rounding goalkeeper Marchesin, the Italian’s strike came back off the post having nicked the ball ahead of Pepe.

But the winger was not to be denied again a few minutes later. Cuadrado’s cross found Chiesa unmarked at the back post, and the 23-year-old converted his header into the back of the net.

It was a backs-against-the-wall performance for Porto, whose backline held firm under intense pressure. Ronaldo had a header wide, while Morata saw his late goal chalked off for offside.

Cuadrado came within inches of snatching the tie right at the death, curling a magnificent left-footed strike off the bar. However, the Liga NOS side held out for extra time.

The game appeared to be heading for penalties with five minutes remaining – but Oliveira had other ideas.

The Portuguese midfielder lined up a free-kick from roughly 30 yards out, driving it low underneath the wall and through the arms of Wojciech Szczesny in goal to put the ten men ahead. This left the Old Lady needing two goals to qualify, with the away goals rule active.

Somehow, this STILL wasn’t the end of the drama. Almost immediately afterwards, Federico Bernardeschi’s corner was headed into the top corner by French midfielder Adrien Rabiot, ensuring a heart-racing ending.

It was a nervy final few minutes for the Dragons, but they managed to survive the late pressure to reach the quarter-finals.

Man of the Match – Pepe

He may be 38 (yep, THIRTY-EIGHT) years of age, but Pepe proved that he still has plenty left to offer at the top level.

The Portuguese centre-back had an answer for everything thrown at him, using all his experience to win tackles and clear the onslaught of crosses that came from the Juventus right.

If he can reproduce this level of performance for the later rounds, then it will be a quiet night for the opposition forwards.

Not many people gave Sergio Conceicao’s side a chance when they were drawn against Juventus, but they proved the doubters wrong with two excellent displays.

Porto defended resolutely while still showing plenty of attacking threat, even when down to ten men. And, after a disastrous 20 minutes at the start of the second half, they showed immense character to pick themselves up and not crumble.

Many teams will be looking at the quarter-finals, hoping to be drawn against the Portuguese side. They will likely be the weakest side left in the tournament once the round of 16 fixtures are completed – on paper, at least.

But you cannot afford to underestimate a side with as much spirit and determination as them. They’ve already pulled off one giant-killing. Who’s to say they can’t do it again?

Read: Champions League round of 16 results and highlights.