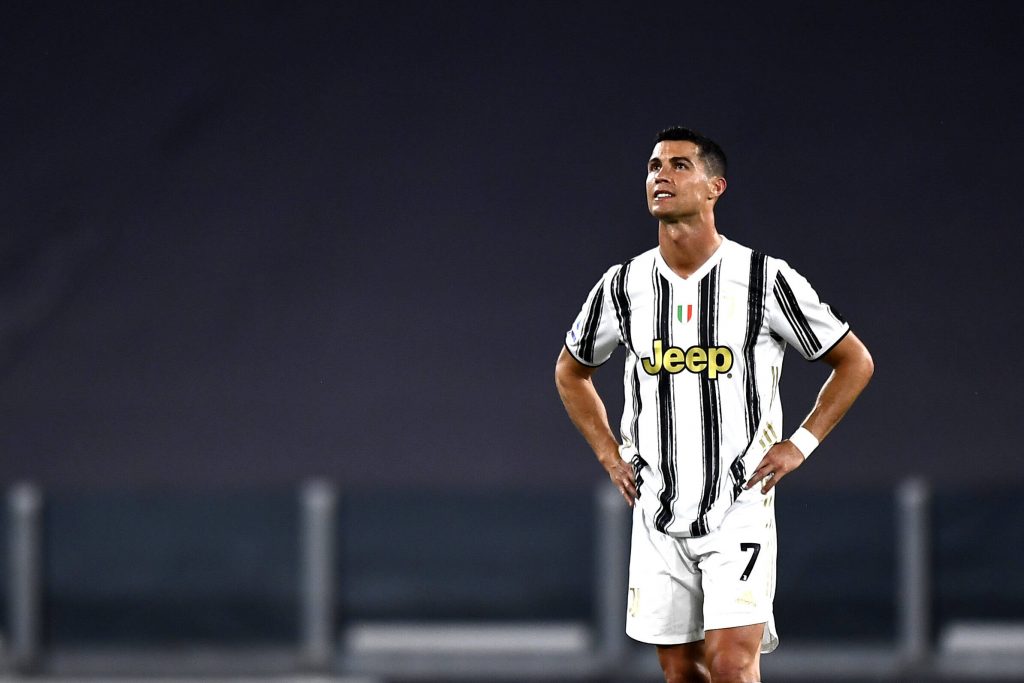 Ronaldo came to Juventus in the summer transfer window of 2018 for a club-record fee of €100 million.

33-years-old at the time, it was hoped that the Portuguese would be the man to bring them to European glory, having not lifted the Champions League trophy since 1996.

On an individual level, the five-time Ballon d’Or winner has been a smashing success in Turin. He is just one goal short of the century mark for the Old Lady, having made 130 appearances in all competitions.

As things stand, he leads the Serie A Golden Boot race with 27 – six more than Romelu Lukaku, Dusan Vlahovic and Luis Muriel in joint second.

In contrast, things haven’t gone so well for Juventus in that period. They have missed out on their tenth successive league title this season and have been on the wrong end of three Champions League giant-killings in a row, at the hands of Ajax, Lyon and Porto.

Andrea Pirlo’s debut season in management has been a bit of a nightmare, and his side currently sit outside the Champions League places after a humbling 3-0 defeat to AC Milan.

If they miss out on a top-four spot, it is difficult to see Ronaldo settling for Europa League football.

According to Tuttosport, Juventus are looking at former striker Moise Kean and Marseille man Arkadiusz Milik in case Ronaldo leaves this summer.

Kean came through the academy at the Allianz Stadium before making his first-team debut in 2016. He made 21 appearances for the club as a teenager, scoring eight goals, before being sold to Everton in a deal worth up to €30m.

His time at Goodison Park hasn’t gone as planned, with concerns over his attitude. However, he has since gone on loan to Paris Saint-Germain, where he has begun to recapture his best form, netting 16 times in all competitions.

Milik spent four-and-a-half years in Serie A with Napoli following his move from Ajax in 2016. The Poland international suffered two serious knee injuries in his first two seasons but managed to hit form in the next two, scoring 34 goals in 82 appearances.

After refusing to sign a new contract, the 27-year-old was excluded from their squad by manager Gennaro Gattuso.

He has spent the last four months on loan at Marseille, who have an obligation to buy. Tuttosport estimates that it will take approximately €15m to break this agreement.