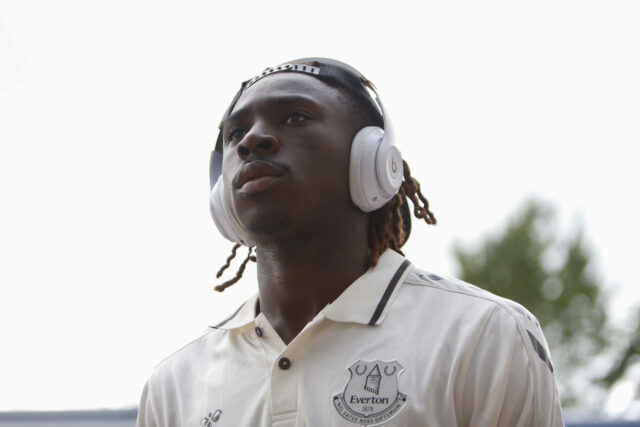 Juventus have reached an agreement to sign Moise Kean from Everton.

According to journalist Fabrizio Romano, it’s a ‘done deal’ scenario. The 21-year-old striker will return to his former club.

Romano previous claimed that Mino Raiola was working to broker a deal.

Kean will join the Old Lady on loan with an obligation to sign him at the end of the season, under certain conditions.

The young striker has already personal terms with Juventus and is now heading for medical tomorrow.

The Italian joined Everton in 2019 from Juventus and spent the last season on loan at Paris Saint-Germain.

PSG had only offered him a loan deal back in June, and it was immediately rejected.

Juventus suffered a massive blow this week with Cristiano Ronaldo leaving the club to join his former side Manchester United.

It has been claimed that the Serie A giants are also looking at players like Eden Hazard and Pierre-Emerick Aubameyang, but they won’t move for either of them following the capture of Kean.

The youngster spent a torrid spell at Everton, and the move looks best for all parties involved.

Everton are close to signing Luis Diaz from Porto, but they also need to sign a striker before the transfer deadline.

It has been claimed that Rafael Benitez is interested in signing Salomon Rondon, who is keen to leave the Chinese Super League.