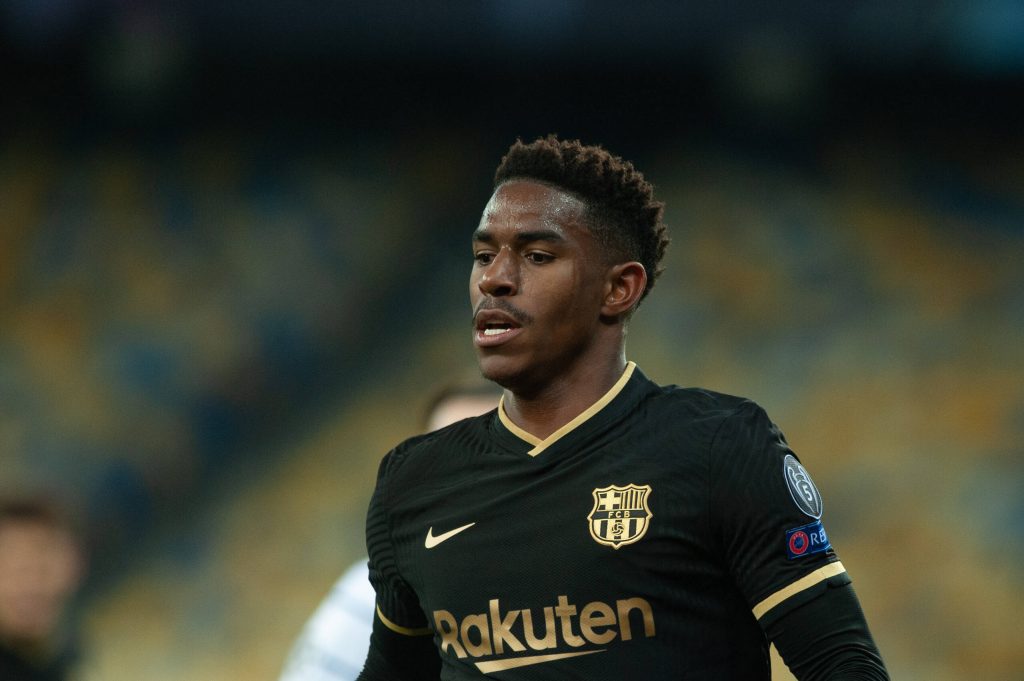 Barcelona left-back Junior Firpo is set to join Leeds United on a four-year deal, according to AS, with the move to be confirmed officially in the coming days.

Both clubs have reached an agreement over the Dominican Republic-born defender, with the Elland Road outfit parting with €15 million for his services.

Ezgjan Alioski is leaving Leeds today upon the expiration of his contract, and Firpo is coming in as a direct replacement.

Although the 24-year-old plays mainly as a left-back, he can also play as a centre-back or right-back, and such versatility is well-appreciated by Leeds boss Marcelo Bielsa.

Firpo struggled to play regularly at Barcelona over the past two seasons, with Jordi Alba’s form and telepathic understanding with Lionel Messi on the pitch blocking the chances of the former Real Betis star.

He has the chance to make the left-back spot at Leeds his own following Alioski’s departure and would be hoping to get his career back on track after the recent struggles.

Firpo was a key part of the Spain under-21 squad that won the European Under-21 Championship in 2019, and while some of his teammates have joined the senior team, his Barcelona woes have hindered his progress.

A move to Leeds would help revive his career, and if everything goes well in the coming days and months, he could be part of manager Luis Enrique’s World Cup squad next summer.

Leeds have plans to establish themselves in the Premier League top-six, and landing Firpo would be key as they continue to build their squad.