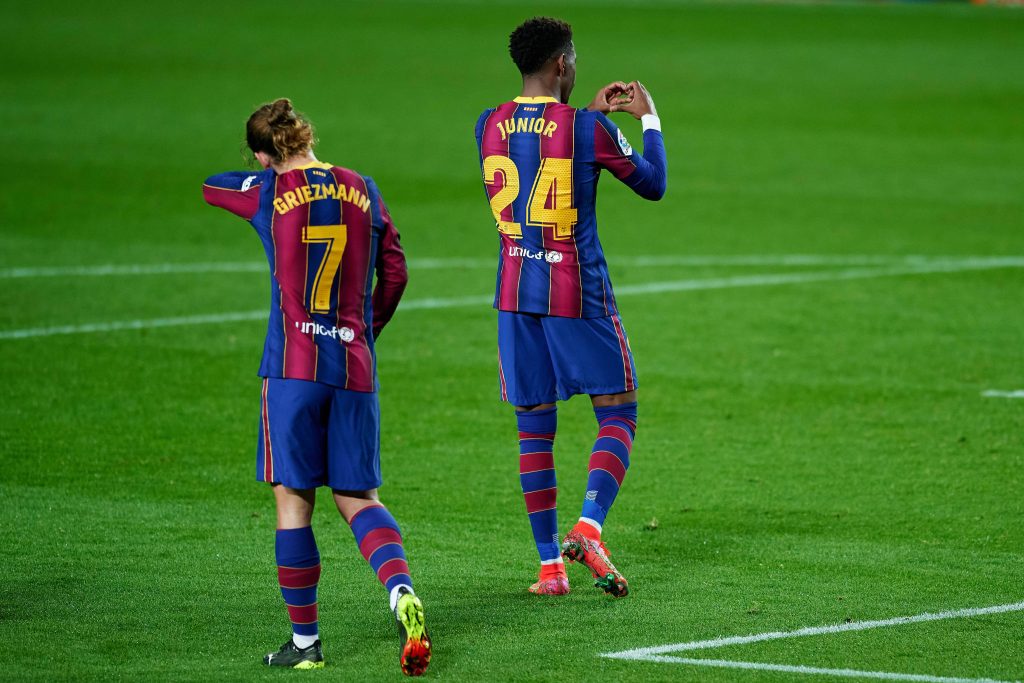 Leeds United are closing in on the signing of Barcelona left-back Junior Firpo.

The 24-year-old Brazilian is not a regular starter for the Spanish club and needs to leave the club to play more often.

A move to Elland Road seems like the ideal next step in the defender’s career, and Marcelo Bielsa could help him achieve his potential in the Premier League.

Leeds needed to bring in a quality left-back this summer, especially with Ezgjan Alioski set to leave the club when his contract expires.

Firpo has shown his quality in La Liga during his spell with Real Betis and could prove a quality long term acquisition for the Whites.

According to Calciomercato, Firpo will have his Leeds medical next week, and TMW are reporting that the player will sign a five-year contract with the Premier League club.

Leeds are paying around €15 million for the defender, and the reported fee could prove to be a bargain in the long run.

SL View: Firpo would be a superb long-term acquisition

Leeds had an impressive season after securing promotion back to the Premier League, but their defensive vulnerabilities were brutally exposed last year.

It should be a priority for them to improve their back four this summer, and the fans will be delighted to see the club is working to sign a talented young full-back in Firpo.

The player will probably need some time to adjust to English football, but he has the quality to succeed in the Premier League and establish himself as a key player for the club.

Read: Leeds looking to sign 25-year-old on loan next season.