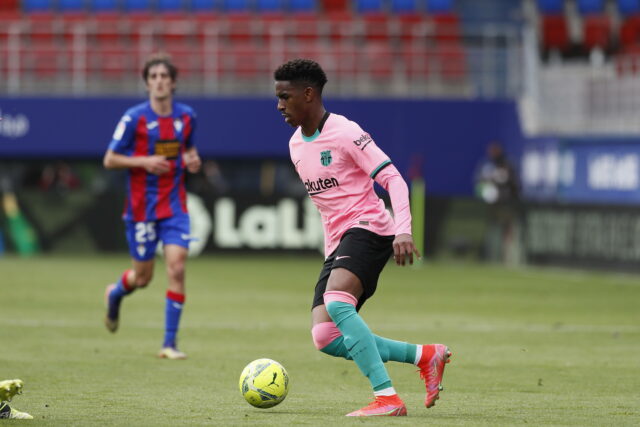 Leeds United are edging closer to securing the signing of Junior Firpo from Barcelona in the summer transfer window.

The Whites have been heavily linked with a move for Firpo, and it seems they have now clinched a deal.

According to The Atheltic, the 24-year-old defender is currently in England to complete his move to the Yorkshire club. He has travelled to Leeds ahead of his medical.

It has been claimed that a fee in the region of €15 million (£12.8 million) has been agreed between the two clubs. The signing will be announced this week.

He is a player of immense talent and potential but found it hard to dislodge Jordi Alba from the starting spot, playing just 41 times in the last two seasons in all competitions.

Leeds have already completed the signing of Jack Harrison, who has joined them from Manchester City on a permanent deal.

It will be interesting to see what happens to Gjanni Alioski, whose contract with Leeds expired at the end of June.

Leeds reportedly have offered a new deal to the North Macedonia international, but he is yet to accept it.

Stuart Dallas, who can play as a left-back, has recently signed a contract extension at the club.

Leeds are also looking to bolster their midfield this summer and have been linked with Huddersfield Town’s highly-rated talent Lewis O’Brien.