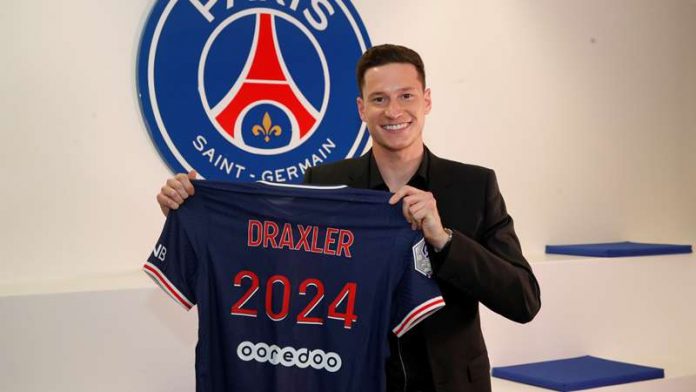 Draxler has a contract with PSG until June 2024 but with one eye on Qatar, the playmaker is looking to make his next move.

Despite their permanent replacement status at PSG, both Julian Draxler and Thilo Kehrer have been called up by the German national team manager Hansi Flick. Eight months before the start of the 2022 World Cup, the message therefore remains positive for the two Ligue 1 stars.

However, Draxler has no illusions about his chances of being one of the lucky ones to travel to Qatar.

“I need to have more playing time before the World Cup. In the summer we will see what will happen. I have to play more than this season. It was good to be on the pitch again for 90 minutes.”

In Paris, where he has only 24 starts in Ligue 1 since 2019, the German international (56 caps, 7 goals) knows he will not be able to upset the hierarchy. But while many of his teammates prefer to take advantage of their juicy contracts, Draxler would visibly be ready to give up his annual €5.2 million promised to him until 2024.

Because the former resident of Schalke 04 knows that if he leaves PSG definitively, he will not find such interesting financial conditions. In the meantime, a club already seems warm to welcome him. Estadio Deportivo indeed claim that Sevilla would be very interested. Already a fan of the player when he played at Schalke 04, Monchi is obviously still in love with him.

However, it remains to be seen what sort of deal will happen during the summer. Of course PSG would like to see a suitor pay big money for Draxler. But the fact remains that the player’s transfer value has taken a hit in recent years and the Spanish giants would definitely not be looking to pay big money for the German.