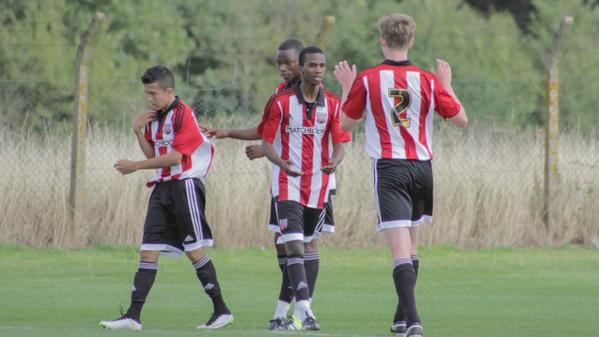 While United have made headlines this summer mostly with high-profile signings but the Red Devils have invested in young talents as well.

The club have bolstered their academy with several signings since Jose Mourinho joined Manchester United this summer.

Bohui, the new arrival at the club, is named in a 19-man strong Nicky Butt’s squad as he prepares life at United.

The youngster signed a two-year scholarship with Brentford last summer was the top scorer in Brentford’s academy last season. He has shown plenty of potential during his time in London and displays a natural finishing ability.