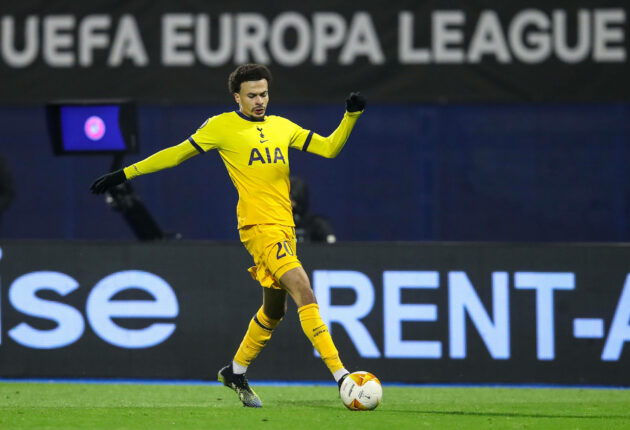 According to The Times, Jose Mourinho’s relationship with Tottenham Hotspur chairman Daniel Levy has become strained in recent months.

Following the defeat against Dinamo Zagreb in the Europa League round of 16, several media outlets, including The Times, claimed that Mourinho’s job is under threat this summer.

It has been claimed that Spurs will not sack him midway through the season because of financial complexities, but he could be shown the door if the north London club fail to secure a Champions League spot.

Levy is reportedly an admirer of Mourinho, while the Portuguese hailed the Spurs chairman in October as a “genius in the way he makes deals happen”.

The Times claim that Mourinho’s relationship with Levy hasn’t been smooth. The Portuguese wanted to offload Dele Alli and some other players in the January transfer window, but that didn’t happen.

It has “added to the strain on the relationship in recent months.”

Mourinho’s job at Spurs rests on where they finish at the end of the season. Even if Spurs win the Carabao Cup, it won’t guarantee his stay beyond the summer. It is their league position that matters most.

Spurs have done their homework on Julian Nagelsmann who is keen to work in London. However, there are suggestions that he may see Tottenham as a stepping stone for bigger clubs.

The Spurs chairman is also an admirer of Leicester City boss Brendan Rodgers who has been doing an incredible job with the Foxes.

In other news, Tottenham would demand around £200 million for Harry Kane if he decides to leave the club.