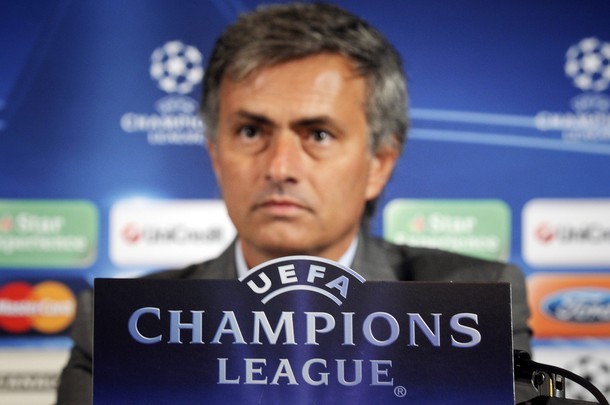 He was delighted with his team’s 1-0 victory in Auxerre where his decision to bring on Angel di Maria swung the tie in the favour of Los Blancos.

The Whites had to dig in deep for the majority of the game as they came up against a very plucky Ligue 1 side who did their utmost to restrict Real’s play.

It was di Maria who netted the only goal of the game as he delivered a wonderfully composed finish after chesting the ball down and meeting it on the half volley – he certainly gave Real a more attacking emphasis in the final third.

Mourinho insists that he would have been happy with just the solitary point but the gamble to go all out for the three eventually paid off.

“A draw away from home is good, but winning is important in the Champions League.” said the ‘special one.’

“We wanted to get the first six points, we risked and we won. Our situation is very good in a very difficult group.”

Speaking to AS, the Portuguese tactician was surprised about the result in Amsterdam where Milan were held to a 1-1 draw by Ajax. The 47 year old see’s the Rossoneri as their main threat for qualification in Group G and believes a win in their meeting at the Bernabeu will almost certainly guarantee them that privilege.

“They drew?” said Mourinho to his surprise.

“Better yet. If we win at home to Milan in our next match we will have nine points and will have almost qualified.”

Real will now prepare for Domestic matters as they entertain Deportivo La Coruna on Sunday night.