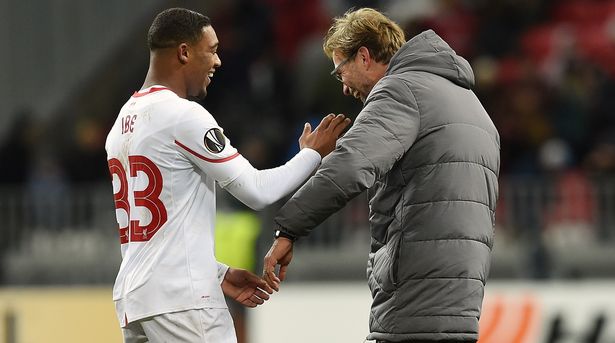 AFC Bournemouth are edging closer to signing Jordon Ibe from Liverpool. According to reports from Sky Sports, Ibe has agreed personal terms and passed a medical ahead of his £15m move to the Cherries.

The report claims that Bournemouth will officially announce the deal on Thursday and the winger will immediately fly out to Chicago to join up with his new teammates for the pre-season training camp in Illinois, USA.

Ibe signed a new five-year deal at Anfield last May but has dropped down the pecking orders at the club under Jurgen Klopp. He wasn’t progressing enough as Liverpool expected him to develop and therefore the move makes sense keeping the best interest of all parties involved here.

The England U21 international was seen a bright young talent emerging from the Liverpool academy and he was expected to fill the boots left by Raheem Sterling, who joined Manchester City last season. However, Ibe has somehow failed to fulfil his potential at Anfield under Klopp and featured just 12 times in the top-flight for Liverpool last season.

Liverpool already had accepted a bid from the Cherries after Eddie Howe had made the England U21 winger a priority target. And judging by the reports it seems the deal is as good as done and only an official confirmation is required.

How has been active in the transfer market during the close-season, signing defender Nathan Ake on a season-long loan from Chelsea, midfielder Emerson Hyndman on a free transfer from Fulham and striker Lys Mousset from Le Havre in a deal worth £5.4m.

It remains to be seen whether Liverpool insert any buy-back clause in Ibe’s deal. He is a talented youngster and has a long career ahead of him. He may regain his confidence back once he starts playing regularly and produce the results that Liverpool had hoped he would bring to the club.