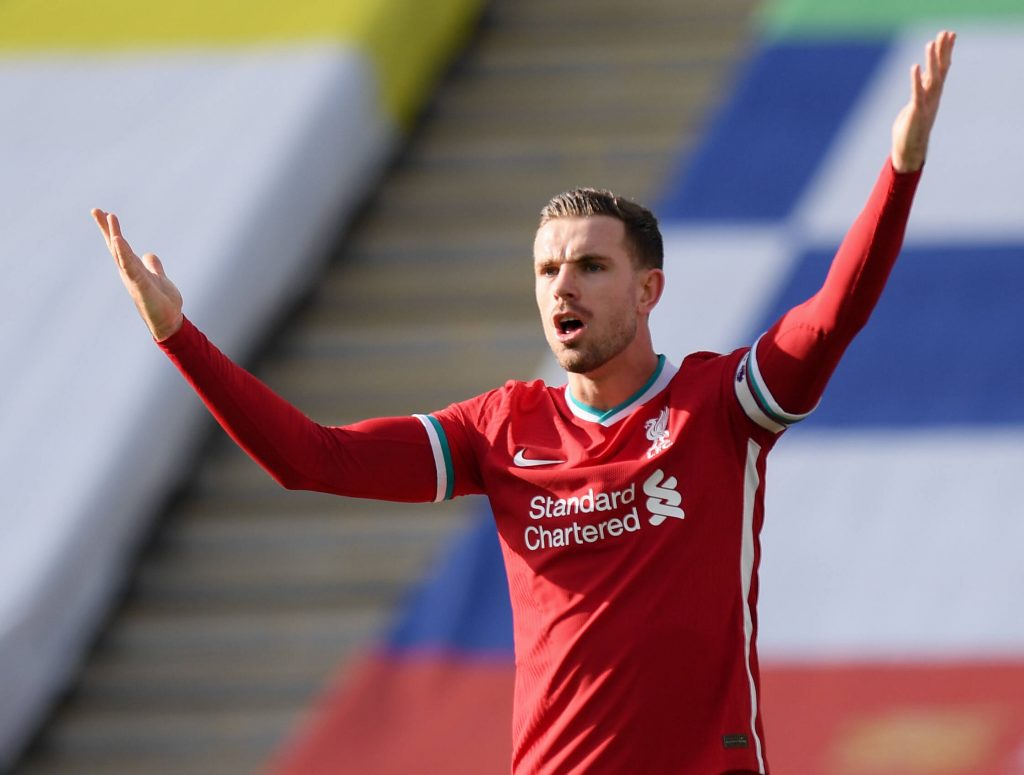 Jordan Henderson has paid tribute to fans after the collapse of the proposed European Super League (ESL).

Liverpool were one of 12 clubs that were planning to break away from UEFA and form a new competition.

The announcement led to mass outrage across the footballing world. Fans protested while players, managers and pundits blasted the proposal.

Henderson was one of the leading men in the fight against the ESL, organising a meeting with all 20 Premier League captains. He later posted a Tweet against the proposal.

The plans eventually fell through, with all six English clubs pulling out, along with Atletico Madrid, AC Milan and Inter Milan.

Henderson has now come out with a statement in Liverpool’s matchday programme, praising the fans for their contribution to the failure of the ESL.

As quoted by the club’s official website, Henderson said: “If there is a positive to come from this situation, it is that the power of supporters has been recognised in all its glory.

“Stopping the proposal was your victory – you showed you cannot and must not be ignored.

“Trust me when I tell you that message has been received loud and clear at our club, and there is an acknowledgement we have to work as hard as we ever have done to earn your trust again.”

Fenway Sports Group, the owners of Liverpool, have come under intense scrutiny from the fans following this whole debacle. Many saw this as a betrayal of the supporters.

Owner John W Henry recorded an apology on Wednesday, which was not received well by Reds fans.

However, Henderson has defended the American, claiming that he has the club’s best interests at heart.

“It is good that Liverpool withdrew, and the concept has collapsed,” he added. “That’s good for football. It’s also good that our owners, via John Henry, have apologised unreservedly.

“People can disagree with me saying this, but my opinion is that our owners have been good for Liverpool.

“If you have a problem with me saying that, fair enough, and I respect that. But my opinion is built on my own first-hand experiences, from the enormously privileged position of being a player and captain of this football club.”

Henderson will be hoping to end the season strongly after a disappointing campaign.

His side are in seventh place and risk losing out on Champions League football, just a year after lifting their first-ever Premier League title.