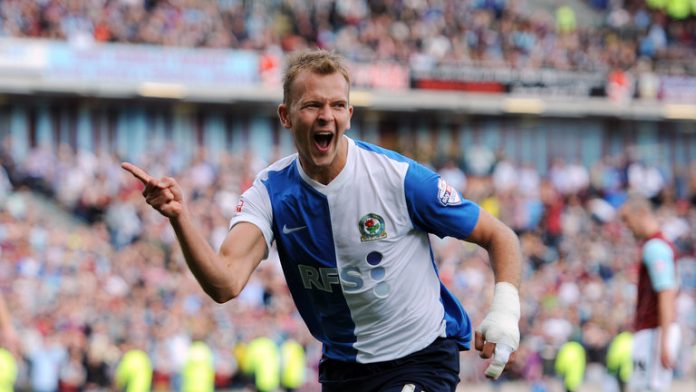 With Chris Wood heading out of Leeds United the inevitable speculation about his possible replacement began in earnest over the weekend.

Wood’s absence at Sunderland on Saturday was barely noticed as Leeds recorded a 2-0 success, but head coach Thomas Christiansen will undoubtedly want to add to his striking options before the transfer window closes.

THe New Zealand striker’s departure has been described as a massive blow to Leeds, but in reality it isn’t. £15 million for a striker who is unproven in the Premier League is fantastic business for Leeds.

Which brings us nicely to Jordan Rhodes.

The 27-year-old has been linked with a move to Elland Road by a number of media outlets and it’s a transfer that would make perfect sense.

Rhodes has struggled for goals since leaving Blackburn Rovers, scoring six in 24 appearances for Middlesbrough and just three in 24 games for Sheffield Wednesday.

However, 170 goals in 316 appearances for Rovers and Huddersfield Town highlight Rhodes’ ability to consistently hit the target.

Neither Boro or Wednesday appear to have utilised Rhodes properly, but he could be the ideal fit for Leeds as they look to mount a serious promotion bid.

It’s been argued that Rhodes has lost his hunger, but perhaps the biggest issue at the Riverside and Hillsborough has been the fact he’s not been seen as the main man.

During the majority of his time at Ewood Park he was just that – the side was built to provide Rhodes with chances and he duly delivered.

Saiz would relish loading the gun for Rhodes to fire the bullets that could take Leeds back into the Premier League.