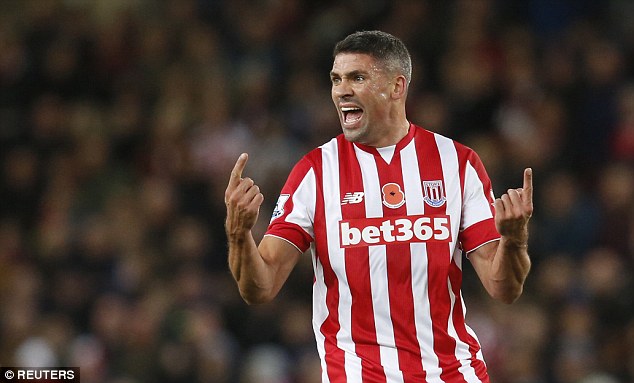 Walters signed for Burnley this summer after seven years at the Britannia Stadium. The Clarets shocked the footballing world on opening weekend of the new league campaign by beating Chelsea 3-2 at Stamford Bridge. Burnley were leading by 3-0 at half-time.

Tempers flaring, Chelsea had two players sent off. Discussing the game with Henry Winter of The Times, Walters also took a swipe at Arsenal.

“Normally when you go to those places, you don’t get the free kicks you should get, but the referee did unbelievably well, so they weren’t happy,” he said.

“With some of their players, their discipline was horrendous. All moaning. I always think, ‘Be graceful in defeat, don’t over-egg it when you win.’ You get sore losers but then they’re at Chelsea for a reason; maybe they’re sore losers and that drives them. But Arsenal are the worst for sore losers.”

Walters signed for Stoke from Roy Keane’s Ipswich Town back in 2010 for a reported fee of £1.5 million. The Republic of Ireland international went on to make 271 appearances and score 62 goals for the club.