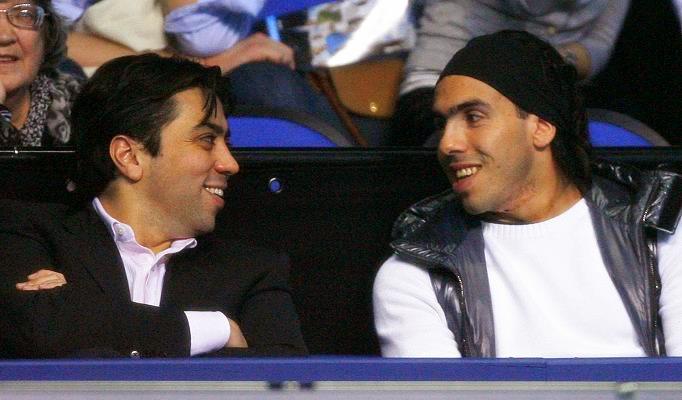 Long gone are the days of simply buying and selling players; due to the extortionate amounts of money that football players are worth modern day contracts are intricate, with many different beneficiaries in every deal.

However the latest craze to find its way into European football is joint or part ownership of players. Outlawed in France and England, teams on the continent are starting to share footballers’ rights as a way to profit financially and reduce the risk of buying the latest superstar.

The idea of joint ownership originates from South America, with the majority of Brazilian and Argentine players’ rights split between at least two different sources.

This has spread to Italy, with two or more clubs sharing a specific player’s ownership. It may well make sense for the involved parties, but joint ownership is blurring the boundaries, especially given FIFA’s Financial Fair Play (FFP) regulations, which are set to be enforced in 2013/2014.

Many South American players in particular are owned by their club, who in turn sell a share of the player’s rights to an investor. The investor takes a leap in faith in the player’s ability, whilst the club get a lump sum of revenue upon the sale of the rights.

So, if for argument’s sake Santos sold 25% of Neymar’s rights to Company X for $5 million today, and in the summer the striker moved to Real Madrid for $30 million, Company X would be owed $7.5 million of the transfer fee. However, if Neymar opted to stay with the Brazilian club for the remainder of his career, Company X would not be in line for any remuneration.

The advantage for the owning club is there for all to see, as there is immediate investment and the sharing of the risk of a player’s future.

One of the most notable transfers of this nature is Carlos Tevez’s move to West Ham from Corinthians, and subsequent transfer to Manchester United a year later. The temperamental forward is owned partly by Media Sports Investments (MSI), and former company owner Kia Joorabchian is now an ‘adviser’ to Tevez.

All of Tevez’s three transfers to and around England have involved complications due to MSI wrangling with the respective clubs, and West Ham were embroiled in a court battle with the investment fund.

The major downside of this type of arrangement is that non-football involved bodies and people are having a say in the game, and impacting young players’ futures. The player himself becomes secondary to the commercial gains of the owning organisations, with the athlete being traded for profit rather than any emotive reasons tied up within the game.

Part Ownership between club and club

As mentioned previously, this practice is banned in England and France, but is employed in the rest of Europe. Italy in particular has adopted this technique as a key way of negotiating transfers, with a number of players’ fates being intertwined and their ownership diluted.

A key example of two club’s sharing a player’s ownership is between AC Milan and fellow Serie A side Genoa. The two teams have shared rights of over 15 players in the last number of years, with the case of Alexander Merkel in particular relevant.

The German midfielder moved to the San Siro giants but after failing to break into the first team Milan sold 50% of his player rights to Genoa and sent him to the Stadio Luigi Ferraris. However after good performances in Liguria, the Scudetto holders recalled him back to Milan.

By adopting dual ownership, a club, in this case Milan, have a safety net to protect their interests regarding a player. When Merkel was deemed surplus to requirements half his rights were offloaded but Massimiliano Allegri’s men kept the other half in case the midfielder impressed elsewhere, and exacted the option to sign him back if, and when, this happened.

Similarly, the increase in non-football based investors in players’ rights is only adding to the influx of corporate and commercial influence in the game, with the players and fans’ interests second priority to revenue.