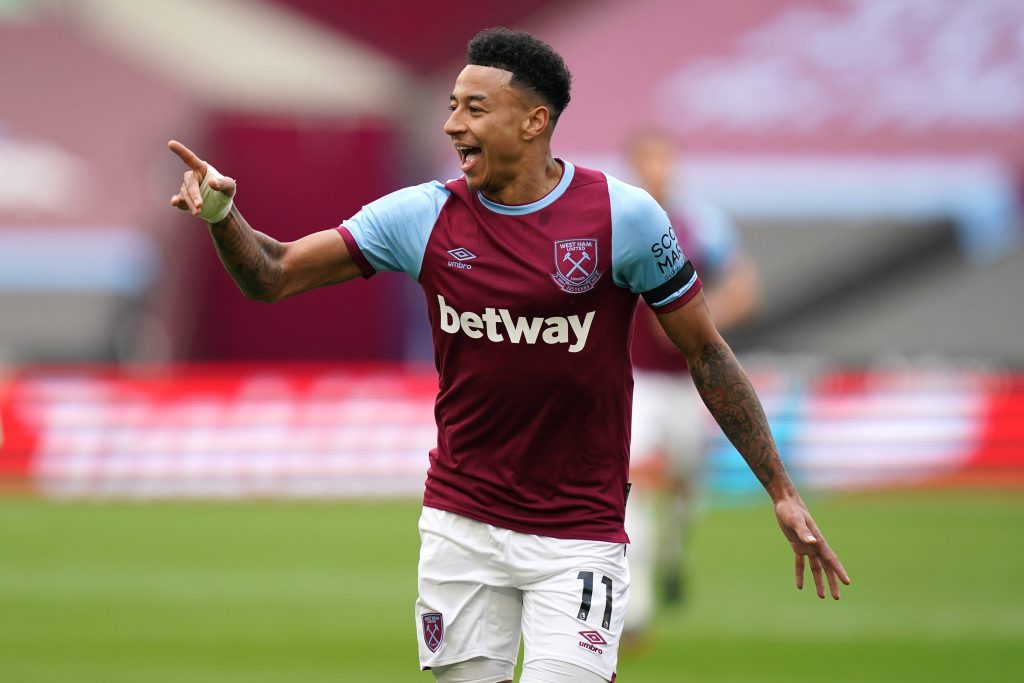 Jesse Lingard has been named as the Premier League’s Player of the Month for April.

The England international scoops the award at the third time of asking, having also been nominated in February and March but missing out to Ilkay Gundogan and Kelechi Iheanacho.

He has been on the shortlist every month since arriving at West Ham United on loan from Manchester United.

Iheanacho was also one of the nominees for April, along with Trent Alexander-Arnold, Stuart Dallas, Mason Greenwood, Matheus Pereira, Allan Saint-Maximin and Chris Wood.

Lingard began the month with a fine performance at Molineux against Wolverhampton Wanderers.

He opened the scoring with an excellent solo goal, picking the ball up in his own half, driving forward, and slotting home on his weak foot. 32 minutes later, he added an assist for teammate Jarrod Bowen to put his side 3-0 up. The Hammers ended up winning 3-2.

He followed this up with another Man of the Match display, this time at home to fellow Champions League chasers Leicester City.

The 28-year-old broke the deadlock with a volley from Vladimir Coufal’s cross and added a second before the break, tapping in from Bowen’s square ball.

David Moyes’ men suffered disappointment in their next outing, losing 3-2 away to Newcastle United. However, Lingard managed to get himself on the scoresheet, converting from the penalty spot after a handball by Ciaran Clark.

His final game in April came against Chelsea, which West Ham lost 1-0 due to Timo Werner’s goal.

Lingard’s arrival has been a huge boost to the Hammers, who are still in with a shot of qualifying for the Champions League. They currently sit in sixth place, six points off the top four with a game in hand.

He also becomes the first loanee to win the prize since March 2012, when Gylfi Sigurdsson was named Player of the Month while on loan at Swansea City from Hoffenheim.