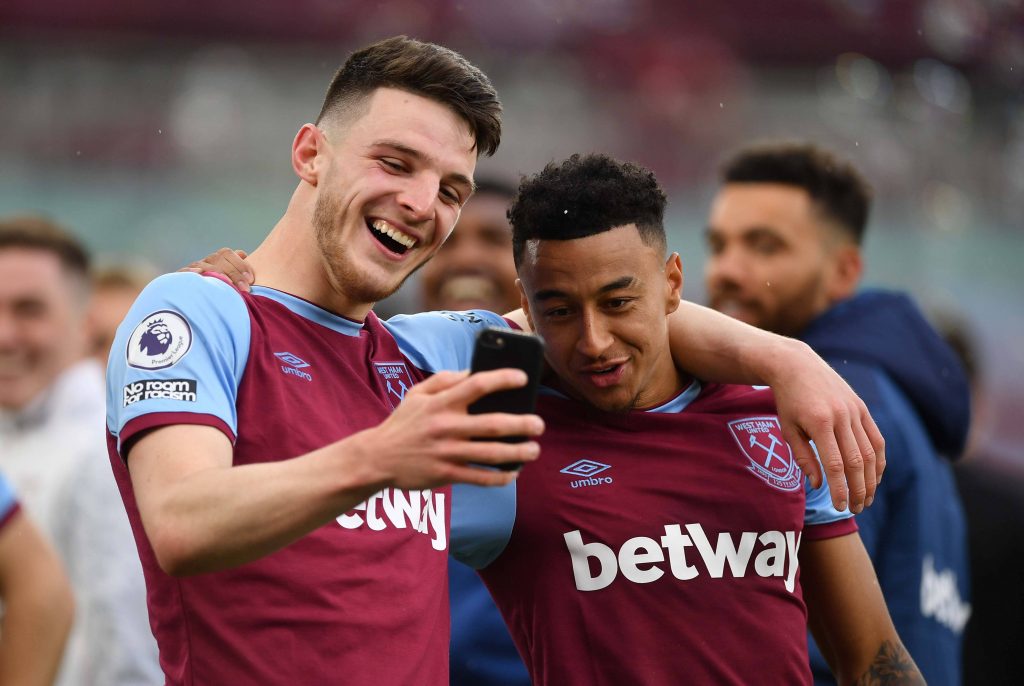 The England international joined West Ham from Manchester United on loan during the winter transfer window, ending his spell with nine goals and four assists in 16 Premier League games.

Manager David Moyes would love to sign Lingard permanently, but it is unclear whether Man Utd are open to selling the attacking midfielder.

The 28-year-old has reflected on his West Ham stint, taking to social media to thank the club and fans for the opportunity and leaving the door open for a permanent move:

Lingard’s mate and Hammers skipper Declan Rice is gutted to see him leave, taking to the comments section to react: 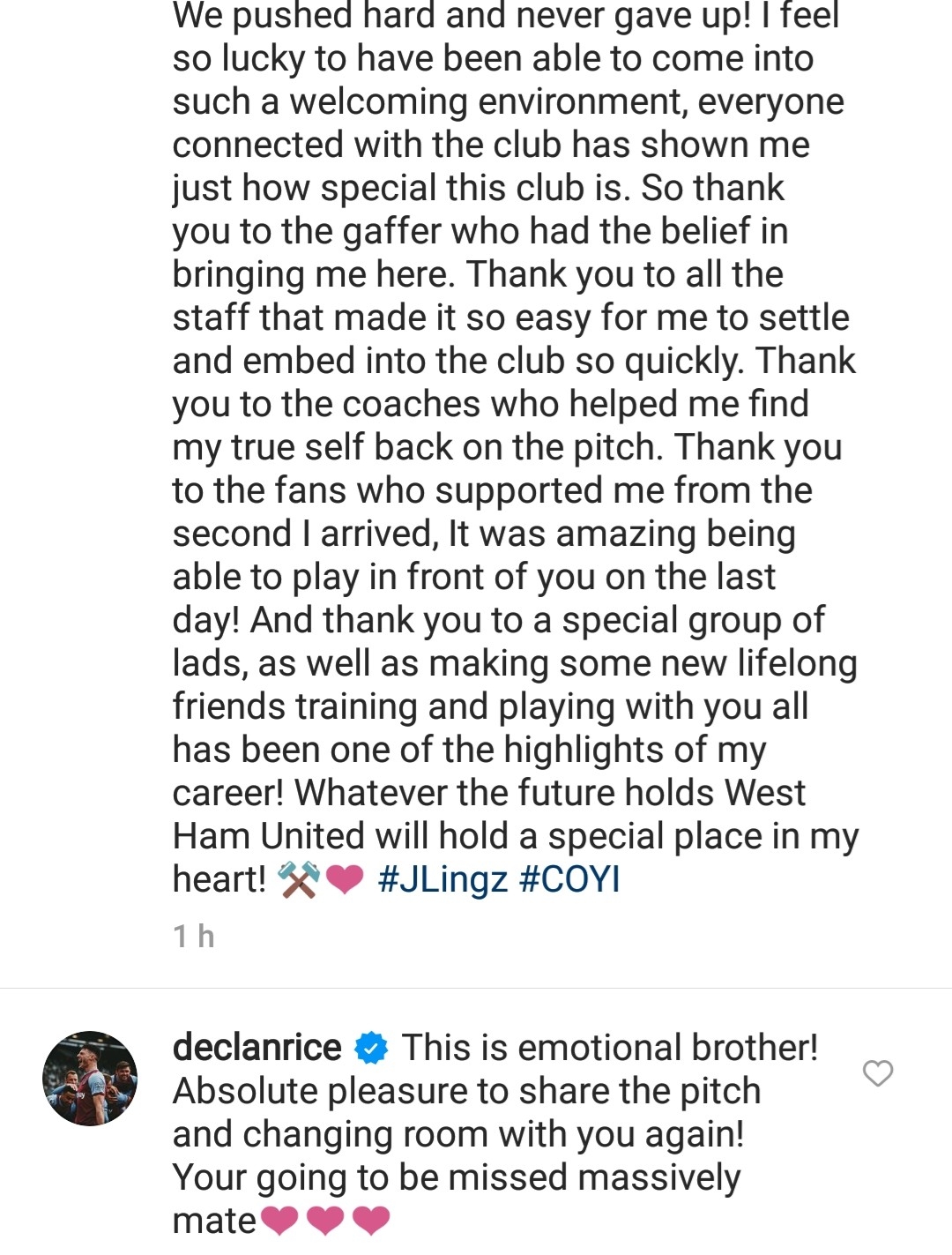 West Ham finished sixth in the Premier League table, missing out on the top-four by just two points.

They will be hoping to impress next term in the Europa League and Premier League, and having a quality player like Lingard in their squad would boost their chances of performing well in both competitions.

Man Utd are keen on signing Rice this summer given their need for quality reinforcements in the middle of the park, and they could be willing to use Lingard as a makeweight in a deal.

While they would love to sign the attacker, the Hammers are unlikely to be open to sacrificing their midfield star for him and some cash.

In other news, Chelsea have revived interest in West Ham star.