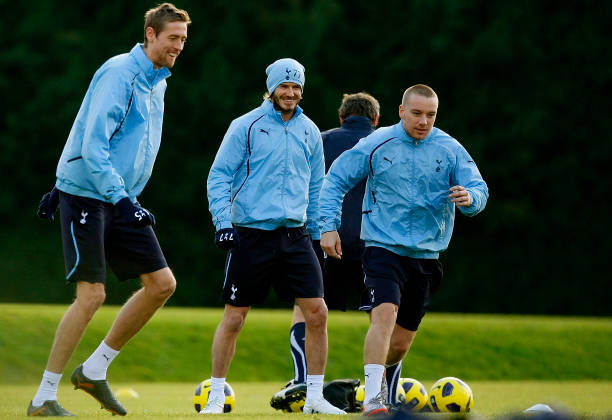 Tottenham Hotspur suffered a shocking 1-0 loss to Newcastle United on Sunday, and it’s safe to say their start to the new Premier League campaign hasn’t lived up to the expectations after they added three players to the squad over the summer transfer window.

Spurs visit Arsenal on Sunday and another defeat will further deal a blow on their chances of challenging for the league title this season.

While the transfer window in England has since closed, it is still open in other parts of Europe until September 2, and Tottenham could still lose wantaway midfielder Christian Eriksen.

The Dane has started just a game for Mauricio Pochettino’s side this term, coming off the bench against Aston Villa and Newcastle, while Belgian defender Jan Vertonghen is yet to make an appearance.

Former Spurs midfielder Jamie O’Hara believes having an unsettled squad remains a huge problem for the Argentine manager, and claims that he shouldn’t have failed to bring in another striker and right-back during the summer window.

“(Ryan) Sessegnon is injured, Danny Rose was at Watford training ground and didn’t sign and has played every games at left-back. I think he is got a problem with the squad, with Eriksen especially because he can still leave. It’s not a good make-up to have, you want to be settled now, you want to be playing well and know your best XI. He is not playing his best XI for me.”

Former Spurs midfielder Jamie O'Hara has his doubts ahead of the North London Derby this Sunday pic.twitter.com/6EuEtx7HK0

Spurs have Harry Kane as their only senior striking option, while 17-year-old Troy Parrott has been tipped to be given playing chances.

Walker-Peters, Juan Foyth, Serge Aurier and Moussa Sissoko are the right-back options Pochettino can beckon on, and it will be interesting to see if the squad can challenge for silverware this term.

Tottenham need to quickly get their campaign back on track, and a first league win at The Emirates since 2010 will be a good way to start.