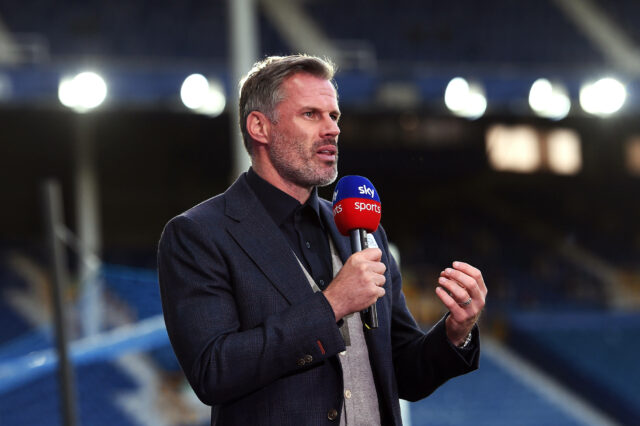 Jamie Carragher has showered praise on two Liverpool players on Twitter after the Reds won 2-0 against Crystal Palace at Anfield.

The Reds needed a victory on the final day of the season to guarantee a place in next season’s Champions League.

With Leicester City and Chelsea losing against Tottenham Hotspur and Aston Villa respectively, Liverpool jumped to third in the Premier League table.

Carragher took to Twitter to share his thoughts on Liverpool’s season and the contribution made by two of the club’s top players.

Third in the #PremierLeague for @LFC is remarkable considering the injury problems & having to win the final 5 games!
TAA has been a real leader in the last few months & Thiago the same in the last few weeks. #LIVCRY

Carragher is absolutely spot on here.

Alexander-Arnold struggled in the first half of the season with form and injuries. It was a real challenge for him to step up, especially as he had no Virgil van Dijk or Joe Gomez supporting him.

However, the youngster improved as the season progressed and played a pivotal role as Liverpool clinched a Champions League spot.

It is unclear whether his outstanding form will earn him a place in the England squad for the European Championship, although manager Gareth Southgate remains unconvinced.

Thiago also struggled with injuries and missed a chunk of the season, but started to show his best form when Jurgen Klopp restored Fabinho to his customary defensive midfield role.

It allowed Thiago to express himself and make valuable contributions during the latter part of the campaign.