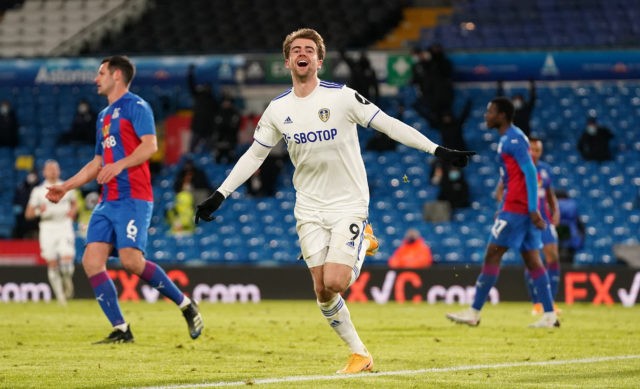 The 27-year-old striker scored the second goal of the match as Marcelo Bielsa’s side earned all three points to move to 10th in the Premier League table.

The Whites have now won three of their last four Premier League games and could soon be challenging for a European spot. praised Bamford after his recent performances saying that it’s great to see he is in a brilliant run of form.

Bamford earned a reputation for himself as a very reliable team player, but doubts were raised over his conversion ability.

The former Liverpool defender has also suggested that he would love to see Bamford get a chance to impress Gareth Southgate and has paid tribute to Bielsa for sticking with him and getting the best out of the striker.

🗣"I would like to see him get a sniff"@Carra23 thinks Patrick Bamford should get a call-up in the next England selection pic.twitter.com/vMin50HJrz

🏴󠁧󠁢󠁥󠁮󠁧󠁿 “#LUFC’s Bamford has to be in discussion [for the England squad].”

👊 “He took the challenge of stepping up & proved people wrong.”

Bamford, who is on £35k-per-week wages at Leeds, has been in brilliant form this season, managing 12 goals in the Premier League. His latest strike against Crystal Palace was the 100th goal of his career.

Despite signing Rodrigo from Valencia on a club-record transfer fee, Bielsa has used Bamford as the leading striker. He is exceeding expectations and deserves a chance to play for England ahead of the Euros.