Real Madrid superstar James Rodriguez has ended speculations about his future after vowing to stay at Real Madrid and further insisting he will fight for his places.

Rodriguez joined Madrid for a reported £63m from Monaco and signed a six-year contract. He impressed in his debut season for Los Blancos but the 2015/16 campaign didn’t particularly go well for him.

He fell out with Rafael Benitez while struggled to tie down a starting berth under Zinedine Zidane. He has been linked with a move away from the Bernabeu with Premier League giants Manchester United reportedly showing an interest in signing him. 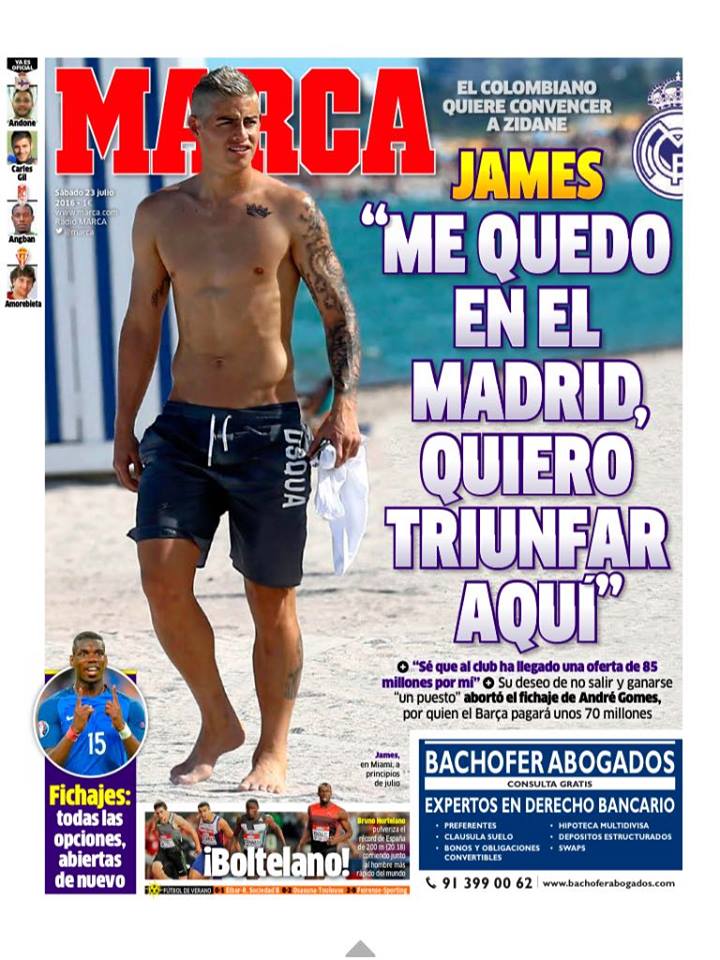 Rodriguez also confirmed that Madrid have had received a €85m offer for him, but he is determined to continue his future with the European champions.

“I’m going to stay with Real Madrid, I’m going to triumph here. I know the club have had an offer of €85 million for me, but I’m not leaving.”

James is a fantastic player and he can be a great asset for Madrid. However, if Zidane continues to ignore him in the upcoming 2016/17 season as well, the Colombian’s future will once again come under speculation.