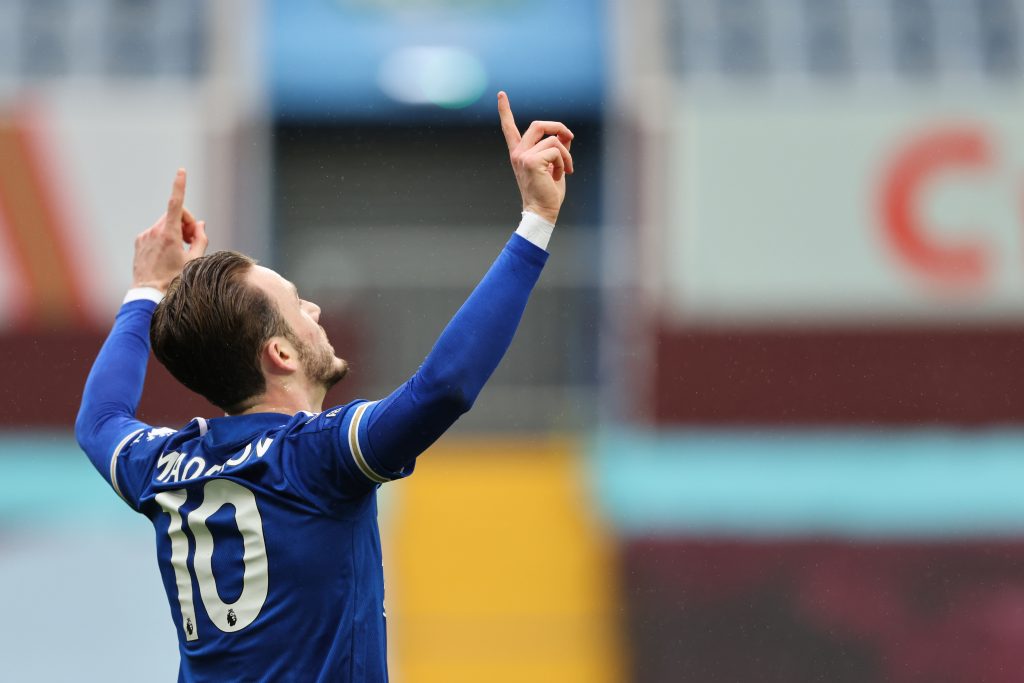 Leicester City may have been booted out of the Europa League and suffered a Premier League setback recently, but they can take heart from the fact that James Maddison is feeling ‘better’ and will be joining the Foxes in their training sessions later this week.

The absence of Maddison has hit Leicester hard as the club has struggled to hold on to its third place in the Premier League table. This weekend saw the Foxes letting a one-goal advantage slip to lose 3-1 at home to Arsenal, and it’s Maddison’s creativity upfront that hit the team the hardest. Maddison also missed out in Leicester’s dismal 2-0 Europa League defeat by Slavia Prague.

All of this came about after Maddison suffered a hip injury, and with reports that the 24-year old had been to see specialists, it was feared that he may be out for much of the season. It was revealed that his hip was ‘irritable’ where he had previously had an injury.

Maddison missed the end of Leicester’s 2019/20 campaign due to the same hip injury that required minor surgery. His absence was just one of the reasons why Leicester suffered a dramatic fall out of the top four to lose any hope of getting a Champions League place.

But with the news that Maddison is better, it will put a spring in the step of all Leicester fans. The forward has enjoyed a remarkable run of form recently with six goals and four assists in his last 12 appearances for the Foxes.

It’s Maddison’s creativity and unpredictability that has made him such an asset. By working behind Jamie Vardy, Maddison has been able to stalk the edge of the penalty area to deliver some devastating crosses and stunning goals of his own. All of which have made the ex-Norwich City player one of the most promising homegrown stars in the Premier League.

So what’s stopping Maddison from being a full-time starter in the England team? The star has had his fair share of injury problems, plus his temperament has been called into question more than a few times. In particular, Maddison was pictured playing at a casino on the night that he claimed that he was too unwell to play for England. While most sports fans can check the 888 Casino rating based on 10 categories in this review and play safely, it seems that such behaviour is not acceptable in Gareth Southgate’s team.

It’s also worth noting that Maddison is up against plenty of competition in the attacking midfielder role. Above all, Jack Grealish has been tipped to be a contender for Premier League Player of the Season after his incredible form with Aston Villa. Plus with Manchester City’s Phil Foden also showing form beyond his years, it looks like Maddison is going to have to double down in his hunt for an England starting spot.

Not that the competition is going to put a dampener on Maddison’s relentless positivity. He went on record as saying that he is, ‘good enough,’ and that he just wants an opportunity to prove himself to Southgate.

Maddison’s only prior appearance in England colours came when he played in the side that thumped Montenegro 7-0 back in November 2019. Much has changed in the footballing world since those matches, and Southgate will face some tough decisions before assembling his squad for the rearranged Euro 2020 tournament this summer.

It’s widely expected that the England manager will use the team’s 2022 World Cup qualifiers to see whether the likes of Maddison, Grealish or Foden would be the best fit for the new-look national team. England entertain San Marino on 25 March before heading to Albania just three days later. It’s the home match against Poland on 31 March that could prove the toughest test for an England team that will require plenty of creativity to unlock a famously tough Polish defence.

It would either take a sudden drop in form or a recurrence of injury to nullify Maddison’s chances of making it into the England squad this summer. Because as long as he’s fit, then James Maddison is always capable of adding that unpredictable element to any team.