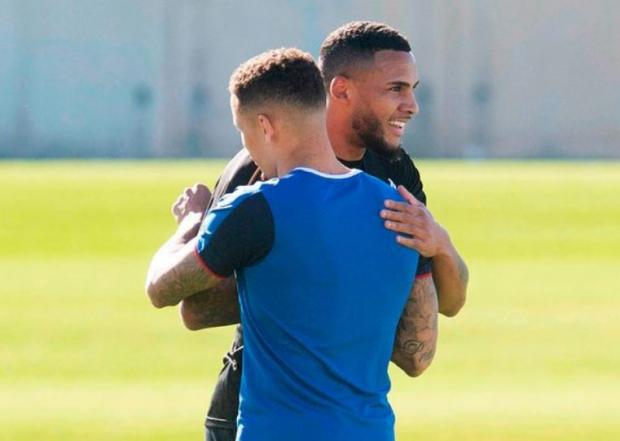 Newcastle United skipper and centre-back Jamaal Lascelles is currently out injured, and the defensive powerhouse is presently in Dubai.

Lascelles is keeping himself in shape ahead of his return to action, and he has been pictured with one of head coach Steve Bruce’s January transfer targets James Tavernier.

The Rangers right-back and captain is with the squad for a training camp at the United Arab Emirates, but could he be at Saint James Park for the second half of the campaign?

According to The Sun, Newcastle have stepped up their interest in the full-back, and Bruce sent scouts to run the rule over him during last month’s clash between Rangers and Celtic.

The Magpies were linked with Tavernier in the summer, and a return to SJP could be on the cards if they table a juicy bid.

The 28-year-old made nine first-team appearances for the Magpies having come through the club’s youth ranks, and has established himself as one of the best players in the Scottish Premiership at Rangers.

Steven Gerrard’s side want to beat Celtic to the title this term and won’t be keen to lose their skipper midway through the campaign, but it will be interesting to see if Newcastle will table a bid that is enough to tempt them.