West Ham United midfielder Jack Wilshere is a lifelong Hammers fan, and the England international has proven it by posting a memorabilia on Instagram.

The 28-year-old went to his first West Ham game 20 years ago, and the match ticket from that day is still very much with him. 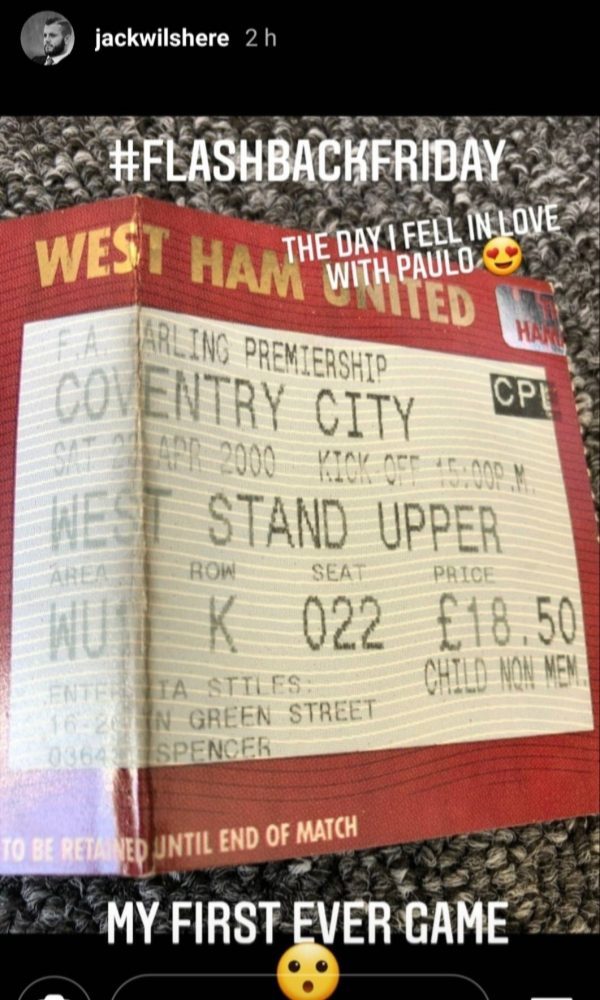 Wilshere started his professional career at Arsenal after spending seven years within the youth ranks, making his debut as a 16-year-old against Blackburn Rovers in September 2008.

The Hammers midfielder went on to play 197 games for the Gunners over the course of 10 seasons before moving to the London Stadium in July 2018.

Injuries have limited Wilshere to just 16 appearances since his arrival at West Ham, but he has regained full fitness and is expected to play a huge role for the team if action does resume this season.

According to Sportsmail, Wilshere has fully recovered from a pelvic injury that has kept him out since October, and that could be a huge boost for the Hammers as they look to escape relegation.

The midfielder has just a little over a year left on his current contract, and he will have to prove his fitness next season to have a chance of extending his stay at the London Stadium.