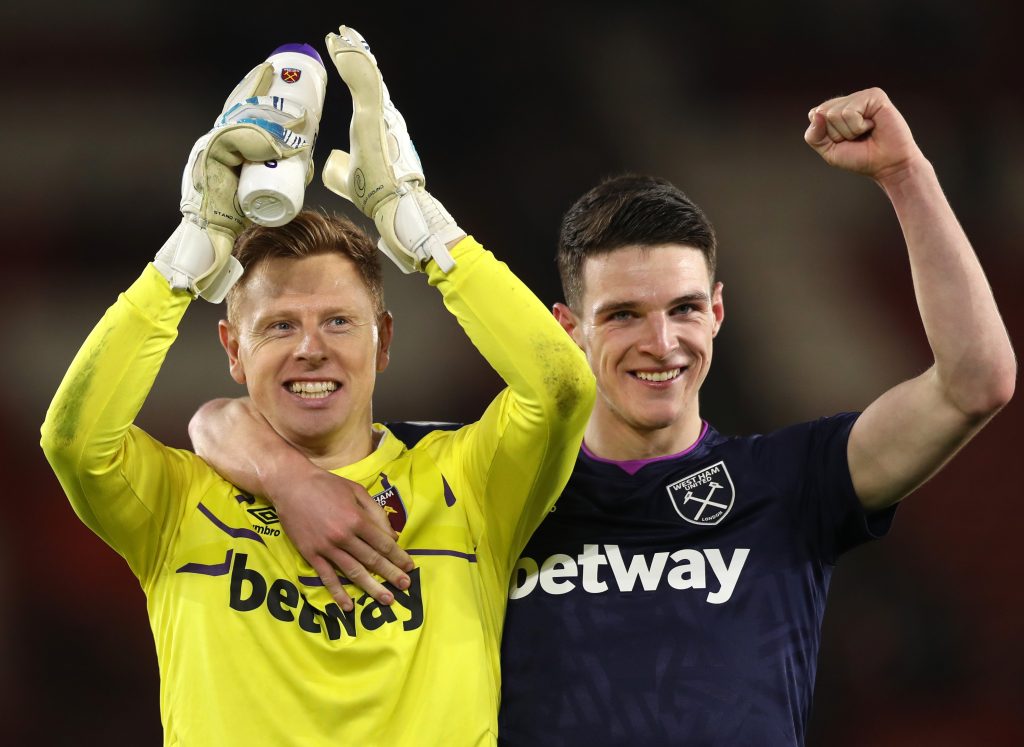 West Ham United secured a vital victory against Southampton at the London Stadium on Saturday, running out 3-1 winners to hand their survival chances a massive boost.

January signing Jarrod Bowen opened his account on his first Premier League start for the Hammers 15 minutes into the game, but the Saints hit back through Michael Obafemi 16 minutes later.

Club-record signing Sebastian Haller restored West Ham’s lead five minutes from the break, finding the back of the net from a tight angle after beating Southampton goalkeeper Alex McCarthy in a challenge to score his first goal since New Year’s Day.

Michail Antonio made it 3-1 nine minutes after play restarted, and the hosts held on to their two-goal lead to the end after squandering a 3-1 lead and dropping valuable two points against Brighton the last time they played at home.

The victory saw West Ham move out of the relegation zone to 16th in the table, and the players were delighted with their performance.

Reserve goalie David Martin was particularly pleased with the result, and he was seen greeting the players in the tunnel after the game.

The atmosphere on Saturday was incredible 🙌

🎥 Experience it all over again, but this time from behind-the-scenes!

The 34-year-old is a lifelong West Ham fan, and it was evident in his reaction.

Martin teammate Declan Rice and former Hammers star Jack Collison were impressed with the post-match footage, and both of them have reacted thus to it on Twitter: