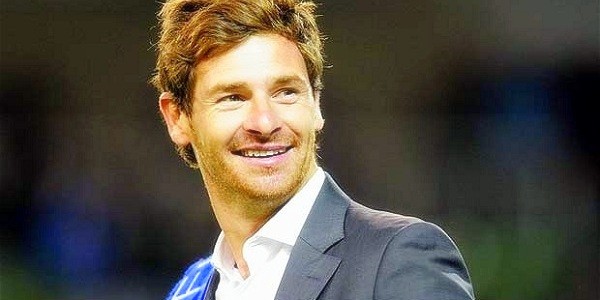 On Saturday afternoon Tottenham will play Wigan at home. A fixture which in recent seasons has seen Spurs lurch from pummelling Wigan 9-1 (and the first thing Spurs fans will tell you about that game is that the one Wigan goal was a shockingly blatant hand ball) to losing 1-0 at home in pathetically limp fashion a few days after they’d thumped Young Boys to qualify for the Champions League. It’s also a classic trap game, the sort of fixture over the years Spurs were supposed to win but found ways to draw or lose.

Should Spurs win on Saturday they’d have twenty points from ten games and be comfortably in the top four. Taking into account the changes of manager, players and style of play that have took place in the summer, an average of two points a game after the first ten fixtures would be a terrific start.

Andre Villas-Boas, bête noire of the British press and handsome as ever with his immaculate beard and habit of wearing a striking silver and blue tie in games before whipping the tie off for his post-match press duties has done an excellent job so far. Given the sale of players, long injury list and opprobrium from the press he’s done very well so far to be leading Spurs to the top four and a stunning injury away to Manchester United.

Where he perhaps tried to make too many changes in his reign at Chelsea, coaching by the sword and ended up dying by the (very expensive Abramovich bought) sword, he’s shown he won’t be making the same mistakes at Tottenham.

Jermain Defoe, Brad Friedel and William Gallas, experienced players who likely won’t be in the first team for much longer have started regularly under Villas-Boas and on the whole played well. Where at Chelsea Villas-Boas would have turfed these player out, at Tottenham he appears more likely to put an arm round their shoulders, give them a vote of confidence then send them out to play on match day.

This approach has so far worked very well. Seventeen points from nine fixtures is testament to that. But despite that, you could argue Villas-Boas has taken the diplomatic approach too far and that it’s time for more change, for him to find his inner Robespierre and increase the speed and intensity of the revolution. Just without the grisly death toll and widespread use of the guillotine this time.

Where he could start is with the goalkeeper position. Brad Friedel, despite being 41 and having an odd, Loyd Grossman-esque English-North American accent is the incumbent while Hugo Lloris, French captain, younger and with a beard almost as impressive than Villas-Boas’s is biding his time on the bench.

Friedel is a very good keeper. He has superb reflexes, makes very few mistakes and continues to be in good form. But Lloris in his few outings for the club has shown that he’s a better keeper and more deserving of a starting place.

The difference between Friedel and Lloris is the difference between a good and a great goalkeeper. Friedel’s very good, but for all the great saves he makes he’s forced to make terrific saves because he is slow off his line and rarely comes for crosses, relying on his defence to do those things for him rather than doing it himself and taking away the danger.

Lloris on the other hand is remarkably swift off his line, confidently comes for crosses when he can and plucks ball out of the air with ease. He doesn’t make as many great saves, simply because he doesn’t have to as he’s stopped a dangerous situation before it occurred by for example catching a cross or rushing out to stop a player who’s got in behind a defence. He commands his area with much more authority than Friedel does.

Good goalkeepers make great saves. Great goalkeepers resolve a situation before they have to make a great save. That’s why for example Shay Given, a great shot-stopper who wasn’t the best at taking charge of his penalty area will be remembered only as a good keeper while Edwin Van der Sar, someone who caught crosses and bossed his area with authority, is a great goalkeeper. While not an exact comparison, this is the difference between the good Friedel and the potentially great Lloris, and why Villas-Boas should rediscover his ruthless side and put the French number one in the first team regularly.

Another area where it’s time for change is up front. Jermain Defoe, rarely a consistent starter in his career for club or country has this season started every game for Spurs and done well. He’s scored five goals in nine games, been offside less often and even tracked back a few times to help the midfield, a sight usually rarer than a Lunar Eclipse.

While Defoe has been playing well and even for the first time in his career played in an England fixture (against Ukraine) for the whole 90 minutes Emmanuel Adebayor has barely played. If the Spurs Public Relations team are telling the truth he’s so far this season been more injury prone than a Jimmy Savile voodoo doll, or if Twitter and forums are to be believed he’s had a blazing row with Villas-Boas which involved lightsabers, Jedi costumes and a dispute over not getting enough playing time.

Whatever the reason behind his constant absences, it really is time for Adebayor to be starting. While Defoe’s played well this season, he’s simply not as good a player as Adebayor is. His all round game is weaker and he doesn’t hold the ball up, challenge defenders in their air or bring others into play as well as the Togolese does. With Adebayor apparently set to be fit for the visit of Wigan, he should be playing regularly very soon. The same goes in defence for Steven Caulker, a tyro who’s surely a better bet than the aging, slowing William Gallas when Benoit Assou-Ekotto returns at left back and Jan Vertonghen returns to his favoured spot on the left side of central defence.

As good as Spurs points tally is, the performances under AVB haven’t been the greatest, with Tottenham yet to put together a genuinely good performance for the whole 90 minutes. There have been spells, like for the first 45 minutes against Man United, 15 minutes against Chelsea, the last half hour against Aston Villa where Spurs have been superb and played with pace, dynamism, power, majesty and skill. United couldn’t cope with the Villas-Boas inspired pressing game while Villa, Southampton, Reading and others went through periods where they couldn’t get close to a Lilywhite shirt.

But for large periods, especially when they are in the lead in games Spurs have been lacklustre, insipid and prone to more crippling anxiety than a Claustrophobia sufferer in a packed lift. Villas-Boas’s tendency to protect slender leads rather than go for the extra goals to kill teams off has not worked especially well. It saw what should have been wins home and away to Norwich and West Brom turn into draws and what were eventually wins against United and Southampton into unnecessarily nerve-wracking occasions. In Europe, Spurs haven’t even got into the lead before resorting to performing poorly and lethargically.

Tom Huddlestone and Jake Livermore have become fall guys, basically for being sent on as substitutes with Spurs leading and their entry into proceedings sparking an alarming drop off in Spurs’ overall performance. Villas-Boas, an attacking coach at Porto and Chelsea who rarely if ever preached caution, should rediscover his old instincts and tell his Spurs side to go for the jugular, as opposed to sitting back on small leads and getting punished.

Sitting back may work for some sides, but without Mousa Dembele Spurs are simply too poor in possession to defend leads for long. Spurs defeat to Norwich in the League Cup on Wednesday night when a comfortable looking 1-0 lead turned into a 2-1 loss should see a more ruthless approach in future.

So Villas-Boas has plenty to consider. As well as his charges have started the season, there is plenty of room for improvement. Becoming more ruthless, changing the current favoured starting XI, performing with intent for ninety minutes rather than thirty and abandoning the policy of defending leads rather than trying to increase them would go a long way in leading Tottenham to a successful season.