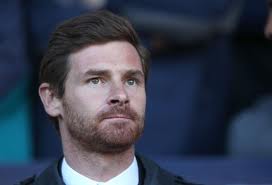 With several bookmakers having stopped taking bets and with the newspapers full of stories saying that Andre Villas-Boas is on the verge of becoming Tottenham Hotspur’s new manager, it seems clear that AVB will be Harry Redknapp’s replacement in the comfortable looking chairs in the White Hart Lane dugout.

Is he the right man for the job? Daniel Levy certainly appears to think so given the relative haste with which AVB has been appointed. In a week and with seemingly very few potential candidates contacted AVB has gone from being a fringe contender for the job to right now being favourite for the job.

While Levy’s financial stewardship of the club’s finances is superb with Spurs one of the few clubs who make or come close to making a profit and Levy a demon in the glorified pinball machine that is the transfer market, his choice of managers hasn’t always been successful.

His first hire, Glenn Hoddle struggled with an aging side. He didn’t help himself by showing off to the players and being the most skilful player in training every day, when he was the manager and in charge of coaxing the best possible performance from his players. Jacques Santini was infamously put up in a shabby Islington hotel when he was hired and promptly left in double quick-time. Martin Jol and Harry Redknapp were successes but in between those two was Juande Ramos who was a miserable failure.

Levy is also for all the cold hearted brilliance he shows in the transfer market (selling Wilson Palacios and Peter Crouch for a combined £20m to Stoke was such an outrageously good deal you wonder if Levy practiced high standard hypnotism in negotiations) a chairman who has few qualms about sacking managers. Juande Ramos was sacked one into an expensive four year contract. Jol was infamously sacked during a UEFA Cup match against Getafe while Redknapp was still sacked despite being Spurs best manager in recent times. The culture of giving managers time and patience simply doesn’t exist at White Hart Lane.

But what of Villas-Boas himself? Does his hiring make sense? In many ways it does. He is only 34 years old, ambitious and at Porto his record was astonishing. They won 84 points out of a possible 90, went a whole season unbeaten (the first Portuguese side to achieve that this century), won every competition they entered and did it with attractive, attacking football. The season before that he took over Academica who were in the relegation zone when he arrived and led them to a comfortable mid-table finish. If it wasn’t for his failure at Chelsea he’d be much more highly touted.

From a tactical viewpoint his hiring makes sense for Tottenham. Villas-Boas plays a high tempo 4-3-3 with the almost mythical defensive high line that in theory pressurises the opposition and denies them time and space. At Porto this 4-3-3 would often be effectively a 3-4-3 due to the full backs being so aggressive going forward and the defensive midfielder (usually the Brazilian Fernando) stepping into defence to cover for the full backs and create a third centre back ala Sergio Busquets at Barcelona.

Spurs’ personnel in defence are far more suited to playing a highline than the players who made up Chelsea’s defence during Villas-Boas’s time there. John Terry for all his qualities lacks pace and will never be comfortable playing high up the pitch while David Luiz’s early struggles after moving from Benfica and the radical change from the fairly deep defensive line they’d adopted since Mourinho to a much higher one with ill suiting personnel saw Chelsea be defensively weak, notably when they conceded five goals to Arsenal all stemming from through balls in behind the Chelsea defence.

Tottenham though have in Younes Kaboul, Steven Caulker and possibly the incoming Jan Vertonghen three young, quick centre-halves who have the pace and skill on the ball to make a high defensive line work. Villas-Boas likes his full backs to rampage forward – this will suit Kyle Walker down to the ground, while Benoit Assou-Ekotto may not have Walker’s sheer pace but is a smooth attacker who has formed a good relationship with Gareth Bale down Tottenham’s left side in recent seasons. A goalkeeper though is necessary as Brad Friedel for all his consistency last season can’t go on forever.

In Sandro, Jake Livermore, Scott Parker and the returning Tom Huddlestone Spurs have a battery of defensive midfielders who will suit this system. Huddlestone may be a surprise success story under AVB – he’s at his best playing in the deep lying midfield role that Fernando at Porto excelled in, his long passing is superb and can initiate devastating counter attacks while his all-round passing skills will help Tottenham play out from the back, something Villas-Boas wants his teams to do.

At Porto in the likes of Joao Moutinho and Fernando Belluschi Villas-Boas had midfielders who weren’t particularly creative but were robust in the middle of the park and provided energy and drive while being good at keeping the ball. In Sandro and Livermore especially Spurs have two modern midfielders who are good in possession, have bundles of energy and will happily hassle opposing midfielders and forwards. Scott Parker may be aging but is still a strong defensive midfielder (though often slack with his passing) while Modric staying would be a massive coup for Spurs and give Spurs a fluidity and creativity they would lack in his absence.

Spurs forward line though is where Villas-Boas will perhaps need to make signings. Spurs currently have only one striker of any note in their squad in Jermain Defoe and he’s been a bit part player in recent seasons. At Porto he had Hulk and Falcao at his disposal, two of the best attackers in European football who between them scored 74 goals in 92 games. Now should Gareth Bale stay he has a potentially world class winger on his hands. Aaron Lennon is good but prone to niggling injuries and backup to these two is poor.

Villas-Boas likes his wingers to press high and pin back opposing full backs. You’d think Bale and Lennon could do this, and with Stephane Sessegnon rumoured to be signing for Spurs he and Lennon will be threatening from the Tottenham right flank. Strikers and wide players though need to be bought – Loic Remy may be signed, even Hulk has been mentioned in dispatches though it’s doubtful he’d go to a club not offering Champions League football.

The success though of Daniel Sturridge under Villas-Boas at Chelsea shows that maybe a Victor Moses type player, a natural forward playing wide will be what Spurs will want in the wide positions. As far as out and out strikers go, Defoe is a good backup but doesn’t contribute enough to be a regular starter. A mobile striker with good movement and who likes playing up front on his own is what’s required. Two of them really are necessary; such is the lack of depth up front for Tottenham.

His spell at Chelsea though will sow the seeds of doubt and worry in the minds of Spurs fans. His man-management appeared to be poor with players complaining about not being told why they were being dropped and even the normally quite placid Frank Lampard engaging in never before-seen histrionics. He also made few friends with the press and though he was eloquent and articulate in interviews, he gave the impression he had little idea how to get the press on his side and little idea of how to convince a team of seasoned, successful pros to adapt to his style of football.

Of course the job he inherited at Chelsea was an immensely tough one, given he was charged with reinventing both the personnel and style of play at the club and wasn’t given time to do it. The players didn’t suit the style of play Villas-Boas likes while the fact he was formerly a scout at Chelsea and apparently would see massively detailed reports on the opposition thrown in his face by Chelsea players must have made added extra difficulty. At Tottenham he won’t experience the large egos and preoccupation with a former manager that were so problematic at Chelsea.

But that’s not to say the Spurs squad will be easy to control. Juande Ramos’s struggles with the English language were embarrassing and the players plainly didn’t listen to him or respect him when he managed the club. There will also be players like Rafael van der Vaart, Jermain Defoe and others who have already complained publicly about not playing enough. A good assistant manager may be vital – someone who like Pako Ayestaran with Rafael Benitez can be the conduit between the players and an aloof manager.

There will also be players who aren’t in Villas-Boas’s plans (Van der Vaart could be one – there’s no natural position for him in a high-tempo  4-3-3) and at Chelsea he dealt with these players poorly. There are players like Modric and Bale who may be sold and he will have to deal with the rumours, innuendo surrounding these players, not to mention their possible departures.

But to conclude, he’s a young and ambitious coach, preaches the sort of attacking, attractive football demanded by Spurs fans, has a squad of players suited to his ‘project’ and the obviously intelligent Villas-Boas should be wise enough to have learnt from the mistakes he made at Chelsea.

Is he the man to bring success to White Hart Lane? Only time will tell.