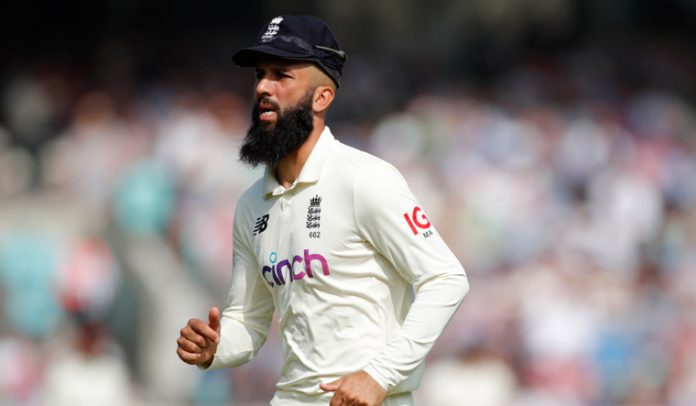 The Indian Premier League is all set to begin on the 26th of March and defending champions Chennai Super Kings have been handed a major blow ahead of their opener against Kolkata Knight Riders on Saturday.

According to the latest reports, star all-rounder Moeen Ali is set to miss the crunch clash this weekend after failing to secure a visa to travel to India for the Indian Premier League.

According to regulations, the England international would need to arrive in the country by Wednesday in order to play against Kolkata Knight Riders as players are required to attend a mandatory three-day quarantine before entering the Indian Premier League’s bio-secure environment.

The sports management company that represents the England all-rounder have revealed in a statement that the delay in securing the visa is “mind-boggling” and security checks are responsible for the situation.

“It’s terrible but we can’t do anything. Moeen has played in India a good few times so I don’t see why (has not been granted the visa yet). We are hoping he will get the visa soon,” Moeen’s father Munir Ali was quoted saying.

CEO of the CSK franchise added (via Cricbuzz): “He is certainly ruled out for the first game. We were confident he would get the papers on Monday (March 21). Even if he gets today (Wednesday, March 23), he can reach only tomorrow (March 24) and go into quarantine. He will miss the first game but we are hoping he gets the visa soon enough. We have spoken to Jay Shah (the Board of Control for Cricket in India secretary) and other IPL officials. They are doing their best too, to help us.”

Ali has been a star performer in the Indian Premier League over the years and he could prove to be a key cog in the Chennai Super Kings line-up this season.

The England all-rounder will undoubtedly be disappointed with the situation but he will get plenty of opportunities to showcase his quality in the coming weeks.

It will be interesting to see if Chennai are willing to hand New Zealand recruit Devon Conway the opportunity to shine in the absence of Ali this weekend.

Chennai are certainly one of the favourites to win the tournament this year and it will be interesting to see if they can begin their campaign on a winning note against KKR.