Soccerlens is very pleased to welcome Mr. Eddie Marles, who is the North and Latin America Managing Director for AC Milan. Milan began their North American Youth Program initiative in Baltimore, Maryland, with one youth camp in 1999. Since then, they have expanded their operations to as many as 10 American states, along with 8 locations in Canada. They also have a growing global presence. AC Milan has become the number one club in youth program initiatives in the entire world, involving over 100,000 children every year. 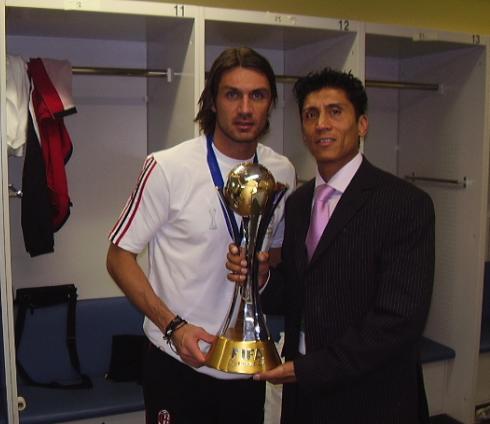 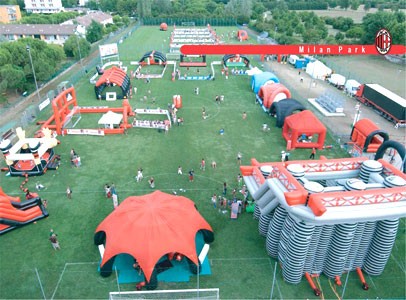 What are Milan Junior Camps?

“Milan Junior Camps are the official vacations of AC Milan, where soccer and entertainment become the main protagonists. The Milan Junior Camps are organized in different locations not only in Italy but all around the world. Registrations are open to all boys and girls from ages 6 to 17 years old. Going to a Milan Junior Camp means to live a vacation that will guarantee sports, a healthy environment, security, entertainment and education, all at the same time. All these ingredients are put together in order to teach high quality soccer. Regarding sport camps dedicated to young people, AC Milan is the leading Serie A team among all clubs in Italy, with over 10 years of experience in this field.”

Where did you grow up, and when did you first begin to play or develop an interest in football?

I was born in a little city called Pereira in the coffee growing region of Colombia. There, I developed my love for “Futbol” (soccer as it is called in the USA). My parents migrated to the USA when I was only 8 and so I basically grew up in New York where we arrived.

How did you become associated with AC Milan, and how long have you been a part of the institution?

My relationship with the club goes back about seven years.

I initially started as a service provider for the club because I owned a catering company that hosted special events for ACM. That’s how the staff and management got to know me. After a while, I began exploring more about the club and its objectives, territories and programs. That is how I discovered this untapped field of international youth programs, marketing, special events and public relations, which is what I do for the club.

Could you please describe a normal training day, the length of your Junior Camps, along with the objectives that your coaches impart on the children?

The focus of the program is the integral development of a child. We try to instill this though the discipline of sport and of course we are an authority as far as Football is concerned. We place great value on entertainment and learning while having fun. The coaches are very experienced and dynamic. Most of them have travelled throughout more than 40 countries in which we operate. The mornings are typically for technical formation and the afternoons for tactical concepts and games.

It is common for a professional organization to carefully select the types of foods and drinks that are available to its players. What is your policy with regards to the Junior Camp participants?

We try to encourage healthy eating. We suggest certain foods. Real Italian food for example is healthy and fun. Salads, pasta and light meats that are not heavily spiced.

Since you don’t have the young players for long periods of time, how much emphasis is placed on tactical knowledge compared to ball control skills?

It really depends on the levels of the children attending our camps. In some regions, children are extremely talented while in others they are just learning how to move and coordinate their bodies. We try to teach children how to coordinate their movements. It’s hard to dominate a ball when you can’t even dominate your own body. This usually happens to children that are brought to play under age. This is why our campers are 6 and over.

What types of benchmarks do you use to evaluate the progress of the Junior Camp participants, and have any been selected to enter Milan’s Youth Academy?

Many of our campers have formed part of our academies in Florida, California, Toronto and the rest of the world. The camp is actually the stepping stone to the academy. It is incredible to see how much a child can learn in just one week with a good method of teaching.

Where are the planned growth areas in North America for your camps?

New York, California, Florida (there is such great talent there). We will focus on New York in 2008 and in Arizona in 2009. Our program is the fastest growing youth program in the world in the USA; therefore, our expansion is based on good results and on the network of people that form part of our initiatives.

You have an impressive number of global venues. Do you plan future locations in the United Kingdom?

Yes, we will go wherever there are ACM fans…

What type of training do your coaches undergo, and are they certified by UEFA and/or the FIGC or CONI (Italian FA and Olympic Committee)?

Our staff is highly trained and certified, most are professional ex players, and although to us being an ex player does not mean you can coach, it is a valuable asset, as it is easier for an ex player to understand what he must transmit to his pupils and he can relate much better. Our staff is very well balanced, however. The staff is all currently under training and updating themselves on the implementation of the new Milan Academy Management Platform which is the world’s most advanced sports management system and surely for a youth program. Some coaches are FIGC, CONI, UEFA or all.

Could you please discuss your vacation packages for children and their families to visit the San Siro and Milanello training grounds?

We have several different programs for travel to Italy. Some are exclusive for children and some are for the entire family. While a child plays, Mom and Dad can be in Venice or Rome. There are tours to San Siro, Italian league and Champions League games as well.

Since you travel a great deal with the senior club, could you please provide your observations with regards to how a very experienced side, in terms of chronological ages, maintains world class fitness levels? Is this due to the work of the Milan Lab and/or the collective commitment of the players and training staff?

Milan Lab is our insurance policy. It ensures us that our players will perform at their best possible level while minimizing any possible risks. This is why we can play with 40 year olds and still be the world’s most successful club. We blend older experienced players and younger more energetic ones into one perfect group. We all share the same goals, ideas and concepts. This makes it easy to move on and up.

“The AC Milan Youth Program is composed of: all teams of AC Milan Youth Sector, all associated teams belonging to Galassia Milan and AC Milan Soccer School, Milan Junior Camp, Sunday Camp and many other events of pure entertainment, such as Mgeneration Park and Milan Party.”

His son, Christian, is in the Youth Academy. Once Mr. Maldini retires at the end of this season, do you foresee a role for him in the Youth Program and/or Junior Camps?

All of our ex players continue to form part of our institution. From Leonardo to Baresi. It is a family and one never leaves his/her family. If you have noticed, the entire structure of ACM is made up of ex players. Ancelotti, Tasotti, Costacurta, Baresi, Evani and Galli. Therefore, it will be no surprise when Maldini joins the rest.

Several of the AC Milan players (Gennaro Gattuso, Paolo Maldini, Alessandro Nesta, and Clarence Seedorf) spend time each year in Miami, Florida. I have seen Clarence Seedorf interviewed by the American network, Telefutura, on several occasions. He also visited a New York Red Bulls training session earlier in the year. When his playing career comes to an end, will he and other Milanese legends be involved with the Junior Camps in the Americas and/or throughout the world?

Yes. They are all actively engaged in youth activities and promote several different foundations that benefit children and their development. That’s what this is all about.

Speaking of Milanese legends, Soccerlens, via Sports Media Solutions of London, recently interviewed your U-19 manager, Franco Baresi. What type of involvement in your Junior Camps does he have?

Franco plays a very important role in our Youth Program. He is an active testimonial, aside from his coaching and structural duties.

Mr. Marles, thank you for your kind contribution to our column. We wish you continued success with the AC Milan, and all the best wishes.

I would like to thank Jim Riggio for his assistance with this interview.